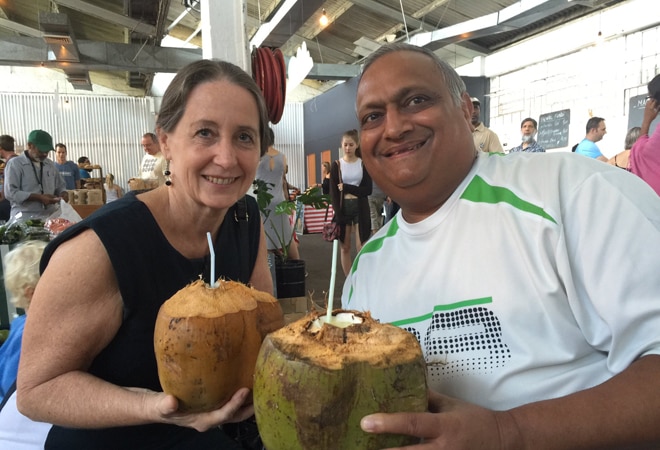 Satish Dhupelia, the South African great-grandson of Mahatma Gandhi, died due to coronavirus complications in Johannesburg. A video producer and photographer, he had celebrated his 66th birthday earlier this week.

Satish's sister Uma Dhupelia-Meshtrie confirmed the news of his death in a social media post. She mentioned that her brother had been admitted to a hospital for the past one month due to pneumonia.

"He has suffered from pulmonary fibrosis for many years but three weeks ago he contracted pneumonia. While in hospital, he picked up a superbug which led to a second admission. During this second visit, he picked up COVID-19," Uma wrote in her post. He was being treated for COVID-19 and died of a massive heart attack on November 22, 2020.

Satish was very active in the Gandhi Development Trust which was started by his aunt Ela Gandhi, aimed at continuing the work started by Mahatma Gandhi at the Phoenix Settlement near Durban. Besides this, he was also a humanitarian and was actively associated with the Advice Desk for Abused Women.

Satish Dhupelia is survived by his children and two sisters-Uma Dhupelia-Meshtrie and Kirti Menon. The three siblings are descendants of Manilal Gandhi, who Mahatma Gandhi left behind in South Africa to continue his work after he returned to India.

Also read: How humans will live on Mars? This is Elon Musk's answer

'Never be a prisoner of your past': Anand Mahindra shares Monday motivation