Shrey Jain, Founder and MD, SAS online.com also said govt must offer sops for the capital markets to encourage the trend of savings moving away from hard assets like real estate and gold and into financial assets. 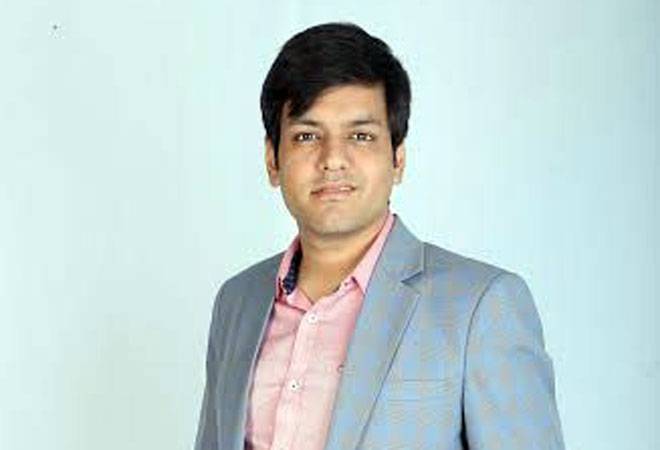 Amid global slowdown, India is being hailed as a beacon of hope thanks to strong macro fundamentals, feels Shrey Jain, Founder and MD, SAS online.com.  To maintain that, government must avoid fiscal adventurism in Budget 2016, added Jain in an interview to Aprajita Sharma.

BT: What are your key expectations from the Budget 2016?

Shrey Jain: My hope is that the government will announce reforms aimed at enhancing ease of doing business in India. Foreign Direct Investment (FDI) has turned buoyant in recent times even as Foreign Institutional Investment (FII) into equities has turned negative.

We should also see sops for the capital markets to encourage the trend of savings moving away from hard assets like real estate and gold and into financial assets.

BT: Will slippage in fiscal deficit be market positive or negative?

Shrey Jain: The government should err on the side of conservatism. At present, when global growth is floundering, India is hailed as a beacon of hope precisely because of its sound and improving macro-economic fundamentals.

The consequences of pump-priming should be weighed seriously. The bond market is bound to react negatively with hardening of yields on news that government borrowings may rise further.

Heavier expenditure by the government could be inflationary, undoing the good work that the RBI has done on this count over the past couple of years. If inflationary pressures mount, that will shrink the room for rate cuts by the central bank.

The government had revised its fiscal deficit target from 3.6 per cent to 3.9 per cent in the previous Budget. A deviation again in this Budget will mean loss of credibility. Any pronouncement that the government makes in the future about its intent to rein in the deficit will be taken with a pinch of salt.

The rating agencies will be watching the government's actions closely. Any adverse comment or a rating downgrade by them will have an impact both on bond and equity market investments by FIIs.

Lower than expected revenue growth, the Seventh Pay Commission award, One Rank One Pension (OROP) award to defence personnel, and the failure to meet the disinvestment target will anyway make it difficult for the government to meet last Budget's fiscal deficit target. Hence, the government should avoid going further down the path of fiscal adventurism in this Budget. It should not target an 8%-plus growth rate unless it is sustainable. Witness the price being paid by China due to its mindless quest for high growth.

The market's reaction will depend on the quantum of slippage. A small slippage may not invite a strong reaction provided the rest of the Budget is positive.

Some specific stocks may even react positively. For instance, if a stimulus package for rural India is announced, stocks of companies with rural markets-FMCG, tractor, two-wheelers, fertilisers and seeds-may react positively.

BT: Where do you see Sensex and Nifty headed from here post Budget 2016?

Shrey Jain: If the Budget is seen as a positive for the corporate world and for the urban middle class, the markets may see temporary buoyancy.

One should remember that these are hard times globally. Last month's steep devaluation of the yuan by China has unleashed fears of competitive devaluation by other countries as well. Market participants are also fearful that the situation in China must be much worse than anticipated for the authorities there to undertake such a drastic step.

The world is in the midst of a deflationary crisis and no one knows if the central banks have enough ammunition left to deal with this new crisis. Unconventional measures like negative real rates and quantitative easing by Japan and the euro zone are being tried and are still found to be wanting.

FIIs have already been withdrawing money from Indian equities and it looks like investments by DIIs may falter soon. The long-awaited turnaround in corporate performance has yet to materialise. The banking sector's NPA woes remain unresolved. The Opposition's obduracy means that key reforms legislation remain stuck.

Amidst all these negatives, the only positives are the executive-driven reforms, higher government spending especially on infrastructure projects, and signs of improving urban consumption demand.

Short-term market movements are notoriously difficult to predict. I am inclined to believe that the market will remain range-bound in the first half of 2016.

BT: Top five sectors to invest in the run up to Budget, and why?

IT: Appreciation of the US dollar and stable or improving demand in the US will be positive for IT majors.

Cement: Higher government spending on infrastructure, especially roads, railways, metros and irrigation will drive demand. There has also been a sharp correction in input prices.

BT: Do you expect an out-of-policy rate cut post Budget 2016?

Shrey Jain: In all likelihood, the government will opt for pump-priming the economy. Enhanced government expenditure could prove inflationary and will reduce the scope for the RBI to cut rates. RBI rate cuts, if they happen, are likely to happen in the second half of the year, and that too by a modest 50 basis points.

India's plan to become a manufacturing hub is beset by problems