As the first budget of Modi's historic second term dawns near, let's look at what average Indians, both entrepreneurs and the salaried class, expect from the Government. 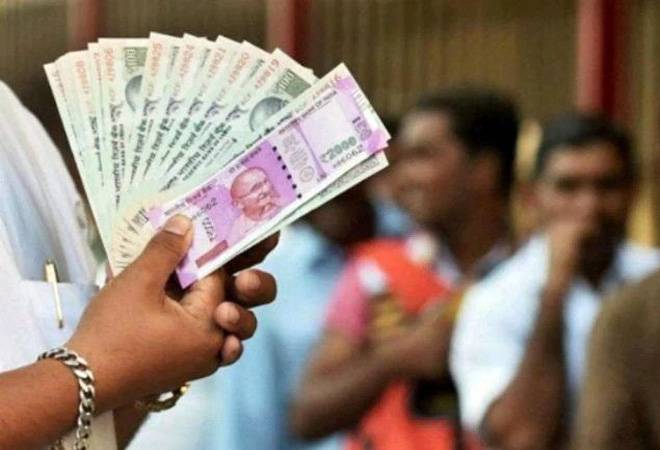 Direct tax reform should be another element of Modi 2.0 and should be made simple so that the compliance is easy and straightforward and one can expand the tax kitty and collection.

Prime Minister Narendra Modi's vision for a strong, confident and financially sound nation resonates strongly with the Indian populace. With more than 50% of the country's population below the age of 25, the average Indian is young, entrepreneurial and hungry for economic growth and social progress to fulfill his or her aspirations. As the first budget of Modi's historic second term dawns near, let's look at what average Indians, both entrepreneurs and the salaried class, expect from the Government.

The theme is close to PM Modi's heart and is a critical cog in his vision of a New India. The Indian mind is one that thrives in an environment when it is allowed to excel, best seen by the success of Indians in the Middle East, United States etc. It should be the underlying philosophy of the government.

Regulation is an important element of an economy as a regulator plays a balancing act between the interests of the consumers and those of the business community. However, it is critical that regulators are truly independent and highly qualified. Further, regulators must shy away from over-regulation and focus on "smart" regulation that protects the interests of all parties.

The GST legislation was one of the greatest achievements of Prime Minister Modi's first term. However two years hence, we now need to move onto GST 2.0. It is important to holistically view the lifecycle of taxes across the value chain for each good and service so as to ensure that the tax is seamless. Tax refunds for both CGST and SGST must be fast-tracked so that working capital is not stuck. Interests of exporters need to be looked at.

Direct tax reform should be another element of Modi 2.0 and should be made simple so that the compliance is easy and straightforward and one can expand the tax kitty and collection. Further, it would be important to streamline certain taxes such as long term capital gains tax, dividend distribution tax etc so as to kick start the private investment cycle. Tax should be looked upon holistically and once paid on a stream of income it should not be imposed again. Further, a massive emphasis should be placed on job creation.

An innovative idea could be to give special tax and other incentives to companies based on jobs created. "Angel tax" should also be eliminated. Currently, this tax is levied on the premium paid by investors on shares issued above the book value of the company. This premium is viewed as "income" by the tax authorities whereas it is notional and is actually capital to be used by the company for growth and expansion. As a principal, the tax should only be levied when secondary shares are sold and income is generated and not when a company raises primary capital for growth and expansion.

The "bad loans" issue is a longstanding problem that the Modi government inherited in 2014. The malaise has now extended to the NBFC sector. The Insolvency and bankruptcy act was an excellent piece of legislation enacted by the first Modi Government. The law has already produced excellent results and it is important to further strengthen the NCLT process by appointing more judges and providing even greater resources so as to increase its bandwidth.

Furthermore, the government must work towards creating liquidity for the NBFC sector so as to allow it to flow to the SMEs. Financial liquidity is the fuel that drives the economic engine and liquidity is currently extremely dry across the economy and especially in the SME sector. A couple of radical ideas could be to create a few well-capitalised Asset reconstruction companies (ARC's) with long term capital that can buy the "stressed assets" from the banks and NBFCs.

Most of the "stressed assets" are not necessarily bad assets but are plagued by an asset-liability mismatch. Creating ARC's with long term capital would act as an incubator and enable the Government to bring the assets out of the ICU. Incidentally, this is what China did in the early 2000s when faced with rampant NPAs in the system.

Mergers of smaller banks into larger institutions, streamlining decision-making, corporatising PSU bank structures and fresh infusion of equity into the banks by global institutions should be considered.

Poverty is the greatest malady of them all and economic growth is the only way of ridding the country of this blight. Economic growth should be inclusive, environmentally sustainable and should strengthen the social fabric of the country. As the Prime Minister said there are only two castes in the country namely, "job seekers" and "job creators". The government must encourage and protect job creators, spur the private investment cycle, couple it with massive investment in infrastructure, enable smart regulation & positive taxation and open the floodgates of liquidity to truly help our great nation achieve its destiny. Only a leader with steely determination, resolve and path-breaking vision such as Prime Minister Narendra Modi can enable a nation of 1.3 billion Indians truly achieve their aspirations.