The expectations are quite high this time, too, as the government will present its first budget after winning with a thumping majority in the Lok Sabha elections. 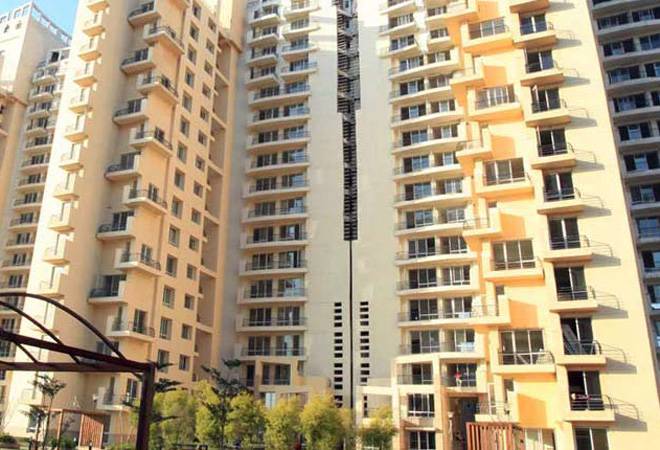 During its first term, the Modi government had introduced major reforms such as Real Estate (Regulation and Development) Act, Goods and Services Tax (GST), Insolvency and Bankruptcy Code and Benami Transactions (Prohibition) Act, in order to support the real estate sector struggling with dwindling sales, high inventory and price stagnation. The expectations are quite high this time, too, as the government will present its first budget after winning with a thumping majority in the Lok Sabha elections.

In its last budget of the first term, the government had provided some incentives to address the stress on both demand as well as supply side. But the industry thinks a lot more is needed to take the sector out of the clutches of the slump it has been in the last few years. Here are some of the key expectations of the real estate industry from the upcoming budget.

It has been almost nine months since the NBFC crisis started with IL&FS group companies defaulting on its payments. The credit squeeze has not only impacted the NBFC sector but has spread across sectors including real estate. "The financial year 18-19 saw some revival in the first quarter but then faced the distress in terms of a cash crunch after the leading infrastructure lender IL&FS defaulted on September 18, shaking the investor confidence in other non-banking financial companies (NBFC), especially the ones focusing on real estate," says Liases Foras Report. The January to March 2019 quarter saw sales drop by one per cent on Y-o-Y (year on year) basis and by two per cent on Q-o-Q (quarter on quarter) basis across eight major cities.

"NBFCs had come to be the primary lenders for most builders and developers in the last four-five years. But as they now have no capital to lend, they are not even honouring their prior commitments, including finance for construction costs; stalling many under-construction residential projects across India. The government needs to take fiscal measures to address the worsening NBFC liquidity crisis. Permission to issue tax-free bonds to raise capital will be a prudent step in this direction," says Shishir Baijal, Chairman & Managing Director at Knight Frank India.

The real estate fraternity is worried that the NBFC crisis, if not dealt with soon, will impact the recovery of the real estate sector. "The foremost priority should be to address the liquidity scenario of the housing finance companies (HFC) and NBFCs, particularly the smaller NBFCs and HFCs who are largely dependent on the banking system. Insolvency issues and liquidity should not intermix and be dealt with separately," says Deo Shankar Tripathi, Managing Director and CEO - Aadhar Housing Finance.

The real estate sector has been going through a cash crunch and the current NBFC crisis has worsened it. Therefore the industry hopes, the government will help the sector in raising funds from other sources by relaxing norms.

"In addition to the grant of industry status, the sector is also expecting the government to further ease ECB (External Commercial Borrowings) norms, so as to ensure a steady inflow of capital from foreign investors. Similarly, the introduction of housing bonds, granting special status to HFCs at par with the banking sector, will further help in providing the much-needed fillip to the housing segment across all markets and geographies," says Anshuman Magazine, Chairman & CEO - India, South East Asia, Middle East & Africa, CBRE.

Bring back input tax credit: The GST council has done away with the input tax credit (ITC) and reduced the GST rate for under-construction flats to five per cent from 12 per cent and for affordable housing to one per cent from eight per cent, from April 1, for all new projects. Although it is a welcome move for the home buyers, it is hitting the margins of the developers. "Without ITC benefits, builders are seeing a sizeable drop in their profits and will eventually pass the buck on to buyers in the form of higher prices. With the ITC benefit, property prices will remain under control and thereby boost sales, helping beleaguered developers to overcome some of their financial stress," says Puri.

More tax benefits for homebuyers: In the interim budget, the government had announced a few incentives to encourage buying in the real estate sector but the industry wants more to be done. In the interim budget, the government had extended the usage of capital gains of up to Rs 2 crore to two houses under Sec 54. It should be extended to any number of houses, demands the industry. Also, the deduction under Section 80C, which also covers principal repayment on home loan deduction along with other things should be increased from current Rs 1.5 lakh. In fact, industry demands that a separate deduction limit should be provided for principal repayment as a majority of the Section 80C limit is exhausted by other investments and expenses such as provident fund and tuition fees. Also, the deduction limit of Rs 2 lakh on interest on a home loan for a self-occupied house should be increased further, demands the industry.