Unfortunately for the government, even if tax reliefs are announced it won't come with the certainty that consumption will revive and economy will get back to growth trajectory 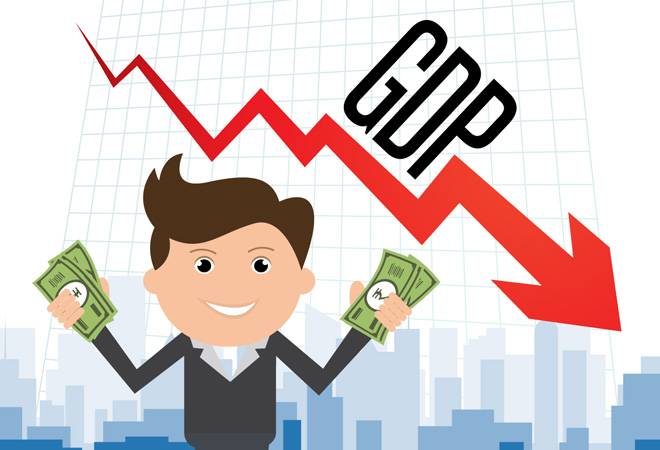 According to experts, the government could be looking at both personal tax and other means to spur demand.

The declining GDP growth does not augur well for the health of Indian economy, but it may be a blessing in disguise for the Indian middle class. Modi government's next big fiscal stimulus could come in the form of a cut in income taxes for the middle class in Budget 2020 as it looks at measures to boost consumption. Since it has become increasingly clear that the current economic slowdown is not supply-centric, the government's reform measures - which until now have largely addressed the supply side - is likely to switch toward stoking demand.

There's enough buzz for the middle class to be hopeful even though the government has not officially promised any tax relief. Finance Ministry issued a circular on 11 November seeking suggestions on changes in both direct and indirect taxes from the industry. The government is also seeking inputs from the general public through a web portal.

Finance Minister Nirmala Sitharaman too has dropped hints of possible tax cuts in some of her recent public addresses. "One among the many things we are looking at," Sitharaman said at a media event earlier in the month in reference to a cut in personal income tax. Federation of Indian Chambers of Commerce and Industry (FICCI) has also advised a cut in personal tax rates to boost consumption.

According to experts, the government could be looking at both personal tax and other means to spur demand.

"The government is working on steps like personal income tax reasoning and other reforms in GST to boost demand and economic growth. The discussion around it in the upcoming union budget, has certainly picked up pace," says Rahul Jain, Head, Personal Wealth Advisory, Edelweiss.

And, with the GDP declining for six quarters straight, tax cuts to get people to spend more may not be a question of choice anymore. "Even though the tax collections are low, as the government has already reduced corporate tax rates, expectations are riding high that the personal tax rates will also be reduced," says Ishita Sengupta, Partner, Personal Tax and Global Mobility, PwC.

Unfortunately for the government, even if tax reliefs are announced it won't come with the certainty that consumption will revive and economy will get back to growth trajectory. The reason for this is that the taxpaying population is just a little over 6% of the total population. There were total 8.45 crore taxpayers in assessment year 2019.

"It may be difficult to expect a direct correlation between a drop in the tax rates and total consumer demand as there will be a large section of the public who are anyway not taxpayers and hence will not be impacted by any change in tax rates," Sengupta adds.

Beyond the uncertainty of the impact of tax relief on consumption, the shortfall in government revenue will be another issue the Finance Ministry will have to carefully consider before jumping the gun on income tax. The government's revenues have repeatedly not met targets. The GST collections, which constitutes a big chunk of government's total revenues, have been abysmal.

Since the rollout of GST in July 2017, the government has fallen short of the Rs 1 lakh crore monthly target 20 out of 28 months. The total net shortfall till now is Rs 99,826 crore, which is equivalent to a month's GST collection target. The average GST collection in the 28 month period has been Rs 95,984 crore.

To cover this shortfall, there are murmurs that the government may increase the GST tax rate of 5% to 6%-8%, which could lead to an additional monthly revenue of up to Rs 1,000 crore for the government. There are guesses on changes in other GST slabs too. However, the Finance Minister refused to acknowledge the speculations. "The buzz is everywhere except in my office. I have had no conversations on the GST Council meeting with my team yet," she said in a press meet last week.

If the Finance Ministry does raise GST rates it could be detrimental for revival of demand. In fact, the All India Food Processors' Association (AIFPA), which has companies such as ITC, Nestle , PepsiCo as its members, has expressed apprehension over such speculations and urged the Finance Minister to not increase GST rates.

But as the government mulls offering relief to the middle class in the next budget, the government may be tempted to increase GST rates keeping the fiscal deficit target in mind. According to Jain, decision on the tax cuts needs to factor the fiscal space.

"I believe the approach towards tax-cuts should be well-thought out and pragmatic. The government has stressed on the importance of bringing the fiscal deficit down to 3%, in the past few quarters, which can be only achieved if the revenue streams move up," Jain adds.