The Central government would do well to spend more, keeping fiscal consolidation aside when consumption demand is depressed and unemployment is high, leading to a fall in industrial production, profits and investments.
Part I of this two-part series looks at the ground realities from a policy perspective and solutions that always existed but received inadequate attention of policymakers The current slowdown is treated as a cyclical one, rather than a structural one, by the Government of India

After the 2007-8 financial crisis hit the world, Harvard's professor of economics N Gregory Mankiw wrote in The New York Times in 2008 on how John Maynard Keynes's diagnosis of recessions and depressions would explain the challenges confronting the world then:

"According to Keynes, the root cause of economic downturns is insufficient aggregate demand. When the total demand for goods and services declines, businesses throughout the economy see their sales fall off. Lower sales induce firms to cut back production and to lay off workers. Rising unemployment and declining profits further depress demand, leading to a feedback loop with a very unhappy ending. The situation reverses, Keynesian theory says, only when some event or policy increases aggregate demand..."

This description and prescription fit the current Indian economic situation to the T.

(a.) None disputes that Indian economy is facing demand depression

The first concrete indication of this came when the NSO's Consumer Expenditure Survey of 2017-18 leaked out in November 2019. It showed that the 'real' per capita household expenditure had fallen for the first time in more than 40 years from Rs 1,501 in 2011-12 to Rs 1,446 in 2017-18. The Government of India promptly junked it on flimsy grounds but the truth was out.

There are a few other indicators too.

It wasn't until the growth in the Private Final Consumption Expenditure (PFCE) - which contributes 56-57% to the GDP - started slowing down. It was then that the Finance Ministry red-flagged slowdown in the economy in May 2019.

Now the latest data from the National Statistical Office (NSO) - the first advance estimate of national income, released on January 7, 2020 - projects the PFCE growth to hit a low of 5.8% in FY20 from 8.1% in FY19.

The graph below shows quarterly growth in PFCE. Consumer confidence is also a good indicator. The RBI's latest survey, released in December 2019, shows that the consumer sentiment is at several years' low - both the sentiment on the current situation and future expectations have plummeted in November 2019 - as presented below. 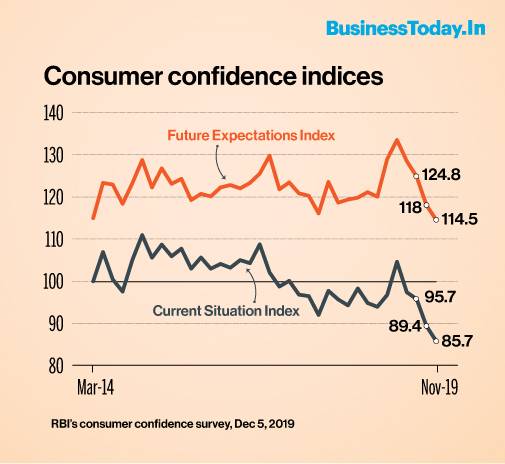 (b.) Nobody doubts that unemployment is rising

The Mumbai-based business information company Centre for Monitoring Indian Economy's (CMIE) monthly survey of employment (with a sample size of over 1.5 lakh households, which is bigger than that of the NSO's) shows that the unemployment is rising steadily - from 5.49% in Q1 of FY19 to 7.64% in Q3 of FY20. (Monthly data plotted for quarterly movement using simple moving average for a quarter.) As for the official data, the last Periodic Labour Force Survey (PLFS) of 2017-18 showed a 45-year-high unemployment rate at 6.1%. This report was delayed by six months and was released only after the 2019 general elections concluded.

This report also showed that the Labour Force Participation Rate (LFPR) fell from 55.9% in 2011-12 to 49.8% in 2017-18. This means that more than 50% of the working-age population had dropped out of the job market, presumably because there weren't enough jobs to look for.

An analysis of the PLFS (unit level) data of 2017-18 and 2011-12 by the Azim Premji University later revealed that for the first time in India's history, 9 million jobs were lost in those six years. 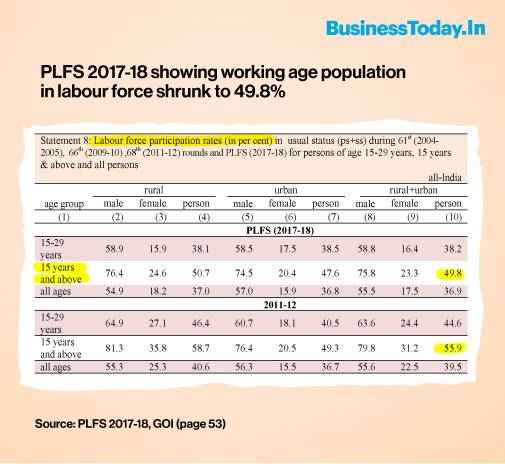 The RBI in its assessment of private corporate businesses for Q2 of FY20 found that growth in net profits of corporate entities had fallen to -54.3% from +41.7% in Q2 of FY19 because industrial demand had weakened and that this weakening in demand was "broad-based across industries". This was based on a survey of 2,696 companies. 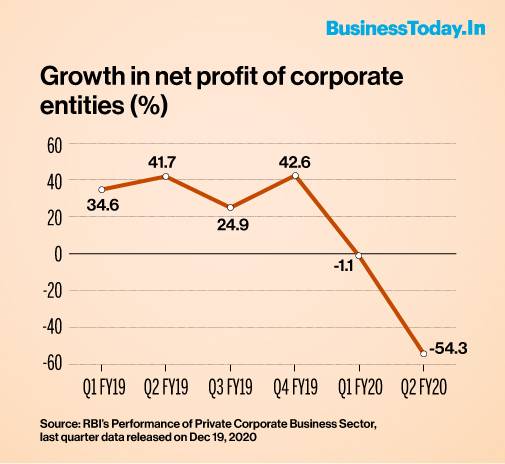 Now that the diagnosis of the state of India's economy fits Prof Mankiw's observations, it wouldn't be farfetched to imagine a very unhappy ending unless prompt corrective actions are not taken.

What Keynes would have prescribed?

The Keynesian prescriptions are well known, more so after the 2007-08 financial crisis: deficit spending (government spending more than its revenue) to make up for declining investment and raise aggregate demand. It focuses on demand-side measures for boosting the economy in the short run.

That deficit spending in a demand depression situation (a) would not lead to inflation - because of high unemployment and low industrial production - as is the case in India or (b) crowd out private investment - which is depressed in spite of lowering of interest rate and corporate tax cut - are something economists don't disagree with and hence, needs no elaboration.

As for the rising fiscal deficit, Nobel laureate Abhijit Banerjee keeps repeating that fiscal tightening is not what India needs in the current situation. Another Nobel laureate Paul Krugman too supported the idea of fiscal expansion in the context of the 2007-08 financial crisis - when lower interest rates failed to boost investment (though he mentions when even zero interest rate fails to boost investment) - rather than fiscal austerity which "makes a bad situation worse".

Not just that, even the champions of neo-liberal policies such as the International Monetary Fund (IMF) and the World Bank have changed their stand on fiscal austerity post-Structural Adjustment Programme (SAP) - proposed and pursued vigorously for years by them and the 2007-8 global financial crisis.

They also refuted the notion that fiscal consolidation can be expansionary (that is, raise output and employment), by observing: "However, in practice, episodes of fiscal consolidation have been followed, on average, by drops rather than by expansion in output. On average, a consolidation of 1 per cent of GDP increases the long-term unemployment rate by 0.6 percentage point and raises by 1.5 per cent within five years the Gini measure of income inequality."

This "cyclical" approach does not in any way invalidate the Keynesian prescriptions. Deficit spending can also be a countercyclical fiscal policy measure to address depressed economic activity and unemployment.

Investment-led approach: A supply-side solution to a demand-side problem

Ever since the new Economic Survey of 2018-19 was unveiled in July 2019, advocating an "investment-led growth model", the Central government's response to the deepening economic crisis has primarily been to boost investment, especially the private sector investment - cut in corporate tax, bank mergers, recapitalisation of banks, cut in GST rates, cut in benchmark repo rate and higher depreciation on vehicles etc.

This is a supply-side solution - boosting private investment to drive growth - to what is clearly a demand-side problem (demand depression). The other issue with this approach is that it takes a longer time to bear fruit, while the Keynesian approach (demand-side policy) boosts the economy in the short run.

In fact, a 2014 IMF paper states what the Keynesian solution would be to break a cyclical slowdown: "Keynesian economists would advocate deficit spending on labour-intensive infrastructure projects to stimulate employment and stabilise wages during economic downturns."

(Part II of this article would look at where the government could spend more to revive consumption demand as a step to revive the economy.)