Budget 2020: An increase in fiscal deficit target in view of the ongoing economic slowdown may not negatively impact the market since elevated level of expenditure is expected to result in higher demand in Indian economy 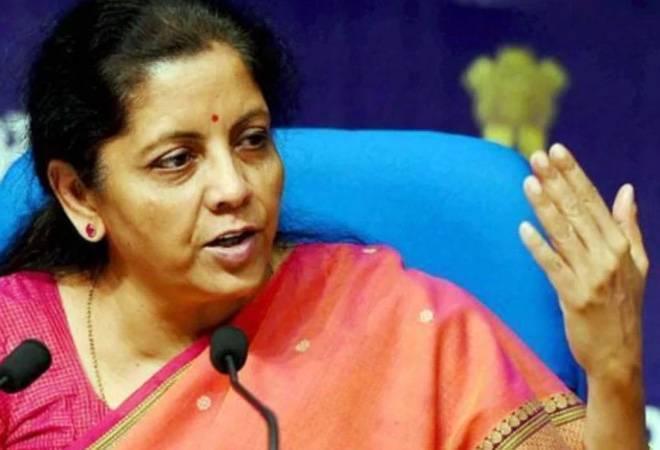 FM Nirmala Sitharaman. This year, hopes are high from Sitharaman when GDP growth rate slowed to a more than six-year low of 4.5 per cent in the July-September quarter of this fiscal

The upcoming Union Budget on February 1 is the toughest one for Narendra Modi government in backdrop of the ongoing economic slowdown. The government is expected to make major expenditure announcements in the Budget to bail out the economy which could lead to an increase in its fiscal deficit target for next fiscal.  This would make market nervous since government will have to borrow more to meet its fresh fiscal deficit target.

The government had lowered its fiscal deficit target to Rs 7.83 lakh crore or 3.3% in the Full Budget on July 5 from 3.4% announced in interim Budget on February 1.

However, fiscal deficit hit 114.8 per cent of 2019-20 budget estimate at Rs 8.07 lakh crore at the end of November. Primary factor behind government overshooting the fiscal deficit target last year was decision to lower the tax rate for corporates whose monetary impact on revenue mobilisation was pegged at Rs 1.45 lakh crore.

Fiscal deficit is the difference between total income of government (total taxes and non-debt capital receipts) and its total expenditure.

On the other hand, an increase in fiscal deficit target in view of the ongoing economic slowdown may not negatively impact the market since elevated level of expenditure is expected to result in higher demand in Indian economy.

Rusmik Oza, senior VP, Head of Fundamental Research at  Kotak Securities  said, "We expect equity markets will react positively on budget day if the slippage in fiscal deficit is maintained below 4%. The street is already building in slippage in fiscal deficit of 40-50 bps to 3.7-3.8% for FY20. We are expecting fiscal deficit to slip to 3.8% in FY20 and be 3.7% for FY21. Unlike previous years, markets would take higher fiscal deficit figure positively as it would provide room for the government to increase spending and try to boost consumption in some form. Curtailing expenditure below nominal GDP growth may not help in reviving the economy. Given the sharp slowdown in real and nominal GDP figures, it is time to temporarily move off the fiscal prudence glide path. One should also keep in mind consolidated fiscal deficit (including fiscal deficit of states) is closer to 7% of GDP and government's overall market borrowing including market borrowings of government entities is over 8% of GDP

Economic Survey 2020: Why wealth creation was picked as this year's theme

The rise in benchmark indices came even after finance minister Piyush Goyal in his interim budget speech said fiscal deficit this financial year would be 3.4 per cent of gross domestic product (GDP), slightly higher than the targeted 3.3 per cent.

Umesh Mehta, Head of Research at Samco Securities said, "There is high probability that the fiscal deficit target of 3.3% will not be met. As the Street is already speculating the miss, there shouldn't be any drastic decline in the markets as far as the fiscal numbers are concerned. However, if there is anything announced which isn't expected, then markets will react drastically and there will be a knee-jerk reaction on the bourses. Traders should be very cautious on Feb 1 and maintain appropriate stop-losses to safeguard their portfolio."

Rahul Agarwal, Director Wealth Discovery/EZ Wealth said, "With the shortfall in tax collections coupled with the corporate tax rate cut, and unlikeness of meeting divestment target, markets are certain that budgeted fiscal deficit targets would be easily breached, but the real curiosity is about by how much and where to put the targeted deficit number to revive growth. A relaxation of few basis points in fiscal deficit target - within a range of 3.7 to 4 per cent of GDP, will not surprise the stock market.

However, the market would certainly not be too happy, if fiscal deficit number breaches the 4 per cent mark. Apart from the fiscal deficit, market will react on the government spending plan on infrastructure, private investments and farmers, re-alignment of direct taxes (including LTCG, STT, CTT, and DDT) and scale of privatisation."

The government has fallen way short of its Rs 1.05 lakh crore disinvestment target for 2019-20. This amount is 11% of the budgeted fiscal deficit for 2019-20. With two months left for the current fiscal, government has managed to undertake disinvestment worth Rs 18,094 crore. The shortfall and the ensuing adjustment of next year's divestment target are  likely to affect market negatively on Budget day.

Ajit Mishra, VP, Research at Religare Broking said, "Considering the on-going economic slowdown, sub-par tax collections, unachieved disinvestment target, it is almost a given that the government would miss the fiscal deficit target of 3.3% for FY'20. We believe that a 20-30 bps miss on fiscal deficit target, the market would take it in its stride if it is used to increase spending and revive the economy. Anything beyond 3.6% could prove to be detrimental to the market. Further, the market participants would keep a close watch on how the government plans to achieve its disinvestment target as it has only managed 17% in nearly 10 months of FY20. Additionally, the roadmap to achieve fiscal consolidation in the coming years would be a key factor for the markets."

Every year, finance ministers face the daunting task of maintaining balance between economic growth and fiscal deficit. This year, hopes are high from Sitharaman as GDP growth rate slowed to a more than six-year low of 4.5 per cent in the July-September quarter of this fiscal. The decline in economic growth came on the back of dwindling consumer demand, slowing private investment and global slowdown.

Santosh Meena, Senior Analyst at TradingBells said, "It is going to be a very tough task for the Finance minister to do the math between economic growth and fiscal deficit. It is highly expected that the government may miss its fiscal deficit target of 3.3% for FY20, fiscal deficit may reach in the range of 3.7-4% because of double whammy situation of the revenue shortfall and lower GDP. Generally, market takes it negatively if government diverts from its path of fiscal prudence but the market is factoring in some part of fiscal loosening as bond yields are elevated despite recent rate cuts."

Budget 2020: What are demands of real estate sector?