When is Union Budget 2020, Date, Time, Expectations, Where to Watch Live: Finance Minister Nirmala Sitharaman will present her second budget on February 1; expectations are high that Centre could raise income tax slabs to boost demand 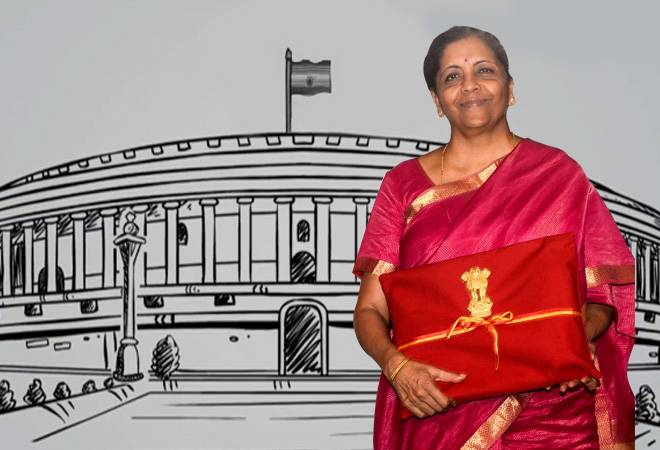 Budget 2020: Finance Minister Nirmala Sitharaman will present Union Budget 2020 in Parliament on February 1, Saturday, at 11 am. This will be the second time FM Sitharaman will present budget in Parliament. As per the norms, the Union Budget 2020 is preceded by the presentation of Economic Survey of India, which will be presented today by CEA Krishnamurthy Subramanian. The Union Budget 2020 will be presented by the Finance Minister at a time when India's GDP has dipped to a six-year low amidst a consistent slowdown in the economy as well as weak demand. There are high expectations that Modi government will come up with several measures to boost the demand to beat the ongoing economic slowdown.

Here are the details you need to know about Budget 2020:

According to analysts, the finance ministry is expected to announce a slew measures in the Budget 2020. It is likely that the Modi government may do some tweaks in income tax rates and remove dividend distribution tax (DDT). The FM may also announce import duty cut on several items. The government may also extend time frame of long-term capital gains (LTCG) tax.

When 2020 budget will declared?

The Union Finance Minster Nirmala Sitharaman will present the budget 2020 at 11 am on February 1, Saturday in the parliament.

Who will present the Budget 2020

Fiance Minister Nirmala Sitharaman will present the Budget in Parliament. This will be her second Budget speech. On July 5, 2019, the FM presented her first Budget speech.

What is India's budget amount?

Why is the Budget challenging?

Growth-supporting measures and deceleration in GDP during 2019 is likely to cause slippage by a wider margin. Also, a sharp rise in inflation has constrained monetary policy stimulus, while the revenue shortfall has placed limits on the government expenditure. The government may focus on taking small steps to address the slowdown.

Budget 2020: where to watch live streaming?

Budget 2020: Key expectations- Taxpayers, corporates, tax experts, everyone has some expectations from FM Sitharaman. However, one of the biggest challenges the Modi government 2.0 needs to address urgently is the slowing Indian economy.

Here are the key expectations from the Modi government's Budget 2020:

1. Personal tax cut: The common man can expect the government to announce an increase in income tax (basic) exemption limit from the existing Rs 2.5 lakh to Rs 5 lakh, that means a tax rate revision to 10% for individuals with taxable income over Rs 5 lakh and up to Rs 10 lakh. Similarly, a 20% tax rate revision for individuals earning over Rs 10 lakh and up to Rs 20 lakh and 30% for income above Rs 20 lakh. Meanwhile, there is also the expectation that the government will lower the highest tax slab rate from the current 30% to 25%, i.e., increase the corresponding limit from Rs 10 lakh to Rs 20 lakh. This relief will leave more (disposable) income in the hands of the people thereby leading to more demand for products and services, which will eventually lead to more production and churn in the economic activity. This announcement is long overdue and is number one on common man's wish list.

2. Controlled consumer inflation: Another way in which the government can help the common man is by ensuring that inflation doesn't rise beyond a level. A 7.5% rate of consumer price inflation (CPI) is a very high rate of inflation largely because of the high prices of the vegetables and fruits in the markets. If the government can ensure the prices stay within limits, that would be a huge incentive for the common man.

3. Increased tax benefits on housing schemes: Housing is such a critical need that the government has been focussing on providing certain tax benefits to affordable housing earlier as well. In the last budget, FM Sitharaman had provided a Rs 1.5 lakh tax exemption to affordable houses bought under Rs 45 lakh. It is expected that this exemption limit could be raised to Rs 75 lakh this time because an individual cannot buy an affordable house under Rs 45 lakh in large metros especially in Delhi and Mumbai.

4. Low GST on consumer durables and FMCG products: The other major expectation of the common man and the middle class is that the prices of items of daily use should be brought down to make them affordable, especially consumer durables and some FMCG products. There is also a big expectation that GST rates on some of these items would be rationalised and brought down to aid consumption. That would again be a major boost to the economy especially by aiding consumption thereby increasing demand in the economy.

5. Low-interest rates: Although this doesn't relate directly to the budget, but if the government can ensure that the interest rates are brought down for the common man, it will be a major boost to consumption in the economy. Interest rates are still high particularly those of private sector banks and the entire repo rate reduction by the Reserve Bank of India (RBI) has still not been passed by the banks to the consumer as well as to the industry. About 1% of repo rate still remains untransferred to the consumer as far as bringing down the rates are concerned

6. Increase in Section 80C deduction limit: The common man also expects FM Sitharaman to increase the deduction limit under Section 8C of the Income-Tax Act, 1961. The current cap stands at Rs 1.5 lakh and doesn't leave much room for the taxpayers to broaden their investment portfolio. The expectation is that this limit (of Rs 1.5 lakh) should be increased to at least Rs 2.5 lakh in order to boost investment in several tax-saving schemes such as personal provident fund (PPF), fixed deposits, home loan repayment, insurance etc. This will leave more disposable income in the hands of individuals, thereby encouraging them to channelise their long-term savings into the capital markets.

7. Relief on LTCG and DDT: There are expectations from the government to provide relief on long term capital gains (LTCG) tax and dividend distribution tax (DDT) to cheer the stock markets. Currently, an Indian company has to pay the DDT of around 20.56% on the declaration of dividends which consequently are exempt in the hands of shareholders (Indian or foreign). Thus, the government is expected to abolish the DDT, thereby taxing the shareholders directly on the dividends earned by them.

LTCG tax was re-introduced in Union Budget 2018 making it mandatory for an investor to pay 10% LTCG tax on profit made over Rs 1 lakh in a year if he/she sells listed equity shares and equity-oriented mutual funds after keeping them for one year. The expectations are the government will increase the current exemption limit from Rs 1 lakh to Rs 2 lakh.

8. LTA for foreign travel: Amongst a list of allowances which need to be re-looked into, leave travel allowance (LTA) is an important one. An employee is eligible to claim an exemption for the LTA allowed to him by his/her employer for going on a vacation anywhere in India. There are expectations abound that the government will provide the LTA benefit for both Indian and foreign destinations.

The budget session of Parliament will be held in two phases- the first one will be from January 31 to February 11 and the second phase will be from March 2 to April 3. It (budget session) will also go into a 19-day recess from February 11 till March 1 (to resume on March 2) to allow the standing committees to examine the demands for grants by several ministries and prepare their reports.

A surplus budget refers to when government's revenues exceed its expenditures. This kind of budget is an indicator that government is effectively managed.  A budget surplus can be used to pay off debt, implement policies, provide fund for infrastructure and many other things. A surplus budget decreases consumer demand, lowers consumer prices and slows down the economy. This kind of budget can help in curbing inflation.