Budget 2020: Industry body FICCI welcomed Budget 2020, saying this could be a Budget which is a step towards further empowering individual, industry and the nation as a whole 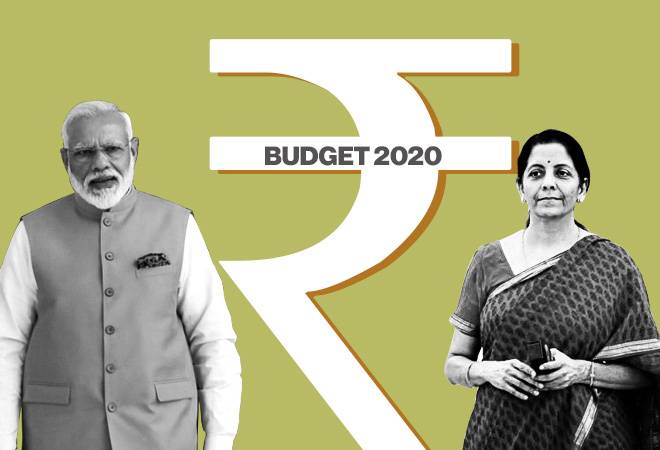 Finance Minister Nirmala Sitharaman on Saturday broke her own record by delivering 137 minutes long Budget speech and laying out an elaborate plan to reverse India's economic slowdown. The Budget tried to strike a balance between fiscal consolidation and supporting growth by accepting a trade off in terms of deviation from the fiscal targets. The Finance Minister also simplified the tax regime by removing exemptions and reducing taxes.

Here's how India Inc has reacted to the Union Budget 2020.

FICCI: The industry body welcomed Union Budget 2020, saying this could be a Budget which is a step towards further empowering individual, industry and the nation as a whole.

Commenting on Budget 2020, Sangita Reddy, President, FICCI said, "Given the constraints that the Finance Minister was facing, this has been a comprehensive statement. The government has done a commendable job and the various measures announced will strengthen India, individuals and industry. By invoking the deviation clause in FRBM Act and relaxing the fiscal deficit to 3.8 per cent in the current year and targeting 3.5 per cent in the next year, the government has underscored its resolve to support the economy at a time when it needs a fiscal boost."

NASSCOM: The apex body for information technology industry sees the Budget as a huge win for India's start-up ecosystem. It said that the government has taken a positive step towards enhancing the start-up ecosystem by allowing 100 per cent profit deduction for 3 years out of 10 years for start-ups with turnover up to Rs 100 crore.

Confederation of Indian Industry (CCI): The industry think-tank termed Budget 2020 encouraging as it focused on enhancing purchasing power, creating jobs and innovative business. It also appreciated removal of Dividend Distribution Tax (DDT) and introduction of classical system of taxing dividend in the hands of shareholders. This has been a long standing request of CII.

Kiran Mazumdar-Shaw, CMD of Biocon: "Although my immediate response to the budget was satisfactory, now that I've read the fine print I must say I'm less optimistic about strong economic revival. In fact removal of exemptions on Dividend Distribution Tax (DDT) will hurt individual tax payer and affect consumer spending. Why no export incentives?" she said.

Dharmender Kapoor, CEO & MD of Birlasoft: "In terms of major themes, the government focused on creating better standards of health, education and job creation for an aspirational India. At the same time, they held forth on its focus of ease of living, enhancing farmer income, providing better opportunities for women as well as technological progress in areas such as automation, machine learning and robotics. However, some of the key big-bang expectations on real estate, credit growth and long-term capital gains tax received little attention, which have disappointed market participants," he said.

Kunal Bahl, CEO & Co-founder of Snapdeal: "Overall, Budget 2020 is a thoughtful weaving together of specific proposals to tackle varied issues. Measures to improve access to finance for MSMEs and reduced taxation for the middle-income segment are welcome steps. Boosting physical infrastructure, expanding digital connectivity and growing use of technology in government functioning are important building blocks for the long-term growth of the Indian economy," Bahl said.

Surendra Hiranandani, Chairman and MD of House of Hiranandani: "While there was no direct benefit to the real estate sector from the budget, some measures announced will positively impact the sector. We hope that the government looks into some of the key concerns raised by the industry and addresses the same soon which is imperative to fuel India's growth engine.  Overall, the budget will boost employment, increase consumption and attract global investments," Hiranandani said.