Union Budget 2021: It is anticipated that the government may roll out its ambitious DBT for fertiliser, offering direct subsidy transfer into the accounts of farmers. Timely release of the additional allocation for the fertiliser will enable clearance of the subsidy backlog 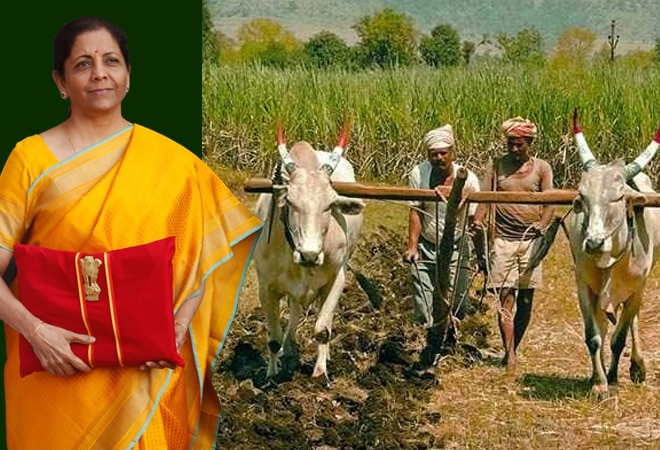 Budget 2021: According to the rating agency ICRA, the government could allocate funds towards the agricultural chain to improve productivity and reduce post-harvest losses

Amid the prolonged farmers' protest, where farm unions have demanded a separate Act on MSP and the withdrawal of three agri laws, it is therefore expected the Centre will keep a special focus on the agricultural economy in this year's Budget. It must be noted that when India's GDP shrank by 23.9 per cent in the June quarter of FY21, only the agricultural sector emerged as a silver lining registering a 3.4 per cent growth.

Dr Arun Singh, Global Chief Economist, Dun & Bradstreet said he has anticipated that "the government will reiterate its commitment to continue the MSP system in the Budget. It would also seek to increase the scope of the current form of MSP by guaranteeing some specified quantity for procurement under MSP, in view of the farmers' protest".

According to the rating agency ICRA, the government could allocate funds towards the agricultural chain to improve productivity and reduce post-harvest losses. The budgetary allocation is also expected towards crop insurance schemes, irrigation infrastructure schemes, promoting soil health, and availability for farm credit amongst others.

Singh also suggests that government should try to revamp the Pradhan Mantri Fasal Bima Yojana (PMFBY) scheme and relook at the structural, logistical, and other obstacles, and try to reverse the trend of farmers and states leaving the scheme.

"The government has made the PMFBY scheme voluntary for farmers. This needs to be withdrawn as it will reduce the crop insurance cover further," Singh added.

On Cattle insurance, Jatin Singh, Co-founder of GramCover said: "We expect the removal of GST from cattle insurance and other microinsurance products in the upcoming Budget 2021. Removal of GST will bring down the cost of insurance policy, making it affordable for farmers and cattle owners".

It is also anticipated that the government may roll out its ambitious Direct Benefit Transfer (DBT) for fertiliser, offering direct subsidy transfer into the accounts of farmers. Timely release of the additional allocation for the fertiliser will enable clearance of the subsidy backlog.

The government may also focus on lowering the import duties on raw materials like phosphoric acid and ammonia to improve competitiveness.

In 2020, during the coronavirus outbreak, the government announced a slew of packages for farmers under the Aatma Nirbhar initiative. The Centre claimed to provide Rs 2 lakh crore concessional credit to PM-Kisan beneficiaries through Kisan Credit Cards. The Finance Ministry informed that 110.94 lakh KCC with a limit of Rs 1,07,417 crore got sanction till December 4.

Additionally, the Agri Infrastructure Fund was approved by the Union Cabinet on July 8, 2020. According to the Centre, within 30 days after the Cabinet formally approved the scheme, the first sanction of Rs 1,128 crore was made to over 2,280 farmer societies.

The government also approved Rs 20,000 crore for fishermen under Pradhan Mantri Matsya Sampada Yojana last year in May. Rajamanohar Somasundaram, CEO and Founder of Aquaconnect said that India stands as the second-largest fish producer in the world but the true potential of inland fisheries has to be realised. According to Somasundaram, "Credit Guarantee Instrument to be created to address minimum price protection for Shrimp Farmers based on mutual agreement between Farmer and Shrimp Exporter. This is to insulate Farmers from International price fluctuations since 99 per cent of the shrimp produced in India are exported". He also said in order to expand the market for shrimps. " Mission mode program with 'Market Support Fund' to be created to position India Shrimp in EU, South Africa, Australia & South Korea. The fund can be operated by entities like the Seafood Exporters Association of India," Somasundaram added.

Moreover, in the times of digitalisation in every sector, experts and organisations working in the agricultural sector are also hoping that the Centre might focus on the need of technological advancement in the sector. Taranjeet Singh Bhamra, CEO and Founder of AgNext said, "There is a need for more integrated technological solutions to digitise the agriculture supply chain to make it more resilient and sustainable. India's Research & Development (R&D) budget in agriculture is abysmally low and the government should scale-up investments to build more solutions for agriculture in partnership with AgTech players in the market".

Further, with migrant workers returning back to their home states during the pandemic, the demand for Mahatma Gandhi National Rural Employment Guarantee Scheme (MGNREGS) has increased substantially. According to Singh, "In FY21, 99 million workers worked under MGNREGA as compared to 78.9 mn workers in FY20. Given that the demand for MGNREGS continues to remain elevated". He said that the Budget is expected to propose increased allocation for the scheme.

Budget 2021: Will healthcare sector finally get its due?