The theme of the meeting this year would be 'Globalisation 4.0: Shaping a Global Architecture in the Age of the Fourth Industrial Revolution'. 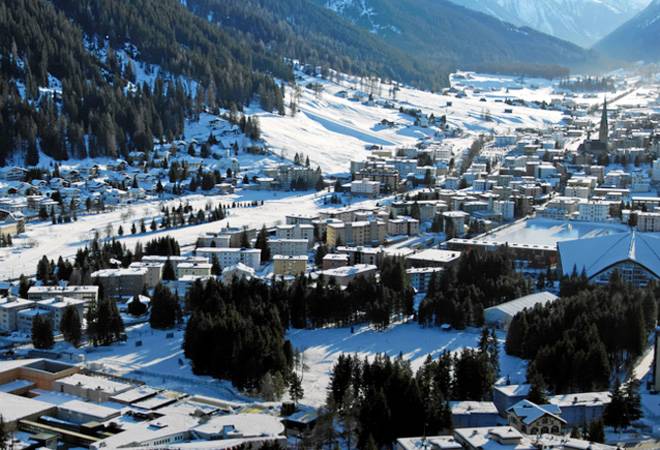 More than 3,000 leaders from across the world, including Swiss President Ueli Maurer, Japan's Prime Minister Shinzo Abe and German Chancellor Angela Merkel will attend the high-profile WEF Annual Meeting next week to discuss how globalisation can work and to identify new models for peace, inclusiveness and sustainability.

At the five-day jamboree of the global elite in the Swiss resort town Davos, beginning January 21, the top agenda would include climate change, inclusiveness and international governance, Geneva-based World Economic Forum (WEF) said while announcing the programme.

The theme of the meeting this year would be 'Globalisation 4.0: Shaping a Global Architecture in the Age of the Fourth Industrial Revolution', said the WEF, which describes itself as an international organisation for public-private partnership.

The meeting will be attended by more than 3,000 participants from over 110 countries and more than 65 heads of state/government and top international organisations. These would include leaders from business, government, civil society, academia, arts and culture and media.

Earlier, Finance Minister Arun Jaitley, Petroleum Minister Dharmendra Pradhan and Maharashtra Chief Minister Devendra Fadnavis were among registered participants, but their names do not figure in the latest list.

The WEF said the meeting's purpose is to identify new models for peace, inclusiveness and sustainability to suit a world where further global integration is inevitable and where existing models of global governance struggle to foster concerted action among the world's powers.

"This fourth wave of globalisation needs to be human-centred, inclusive and sustainable. We are entering a period of profound global instability brought on by the technological disruption of the Fourth Industrial Revolution and the realignment of geo-economics and geopolitical forces," WEF's Founder and Executive Chairman Klaus Schwab said.

"We need principals from all stakeholder groups in Davos to summon the imagination and commitment necessary to tackle it," he added.

There would be more than 350 official sessions during the five-day event. These would include a global dialogue on geopolitics in a multi-conceptual world to enable candid and constructive discussion on how to drive future cooperation along with a global dialogue on peace, the WEF said.

The sessions would also focus on future of the economy to better reflect the structural changes inherent in the Fourth Industrial Revolution, and achieve sustainable growth and long-term societal well-being.

Another global dialogue would focus on industry systems and technology policy to define the principles for new and emerging technologies to ensure that they are underpinned by a values-based framework.

Earlier, US President Donald Trump was also expected to attend the meeting, but he is unlikely to come due to the shutdown-related issues in his country.

The co-chairs of the annual meeting are Microsoft's Indian-origin CEO Satya Nadella.

In addition to a record participation from the public sector, the private sector will be represented by more than 1,700 leaders, the WEF said.