Kia Seltos launch: Kia Motors claims it has so far received more than 32,000 bookings for the Seltos, indicating it has hit the ground running.
Sumant Banerji

South Korea's second largest car maker Kia Motors on Thursday entered the Indian market with its maiden offering--the Seltos SUV, priced at Rs 9.69 - 15.99 lakh. Kia has been one of the last few global auto companies to not have a presence in India and its entry has been both highly anticipated as well as protracted. Kia first set its sights on the Indian market back in 2008 but had to prioritise its resources due to the global recession precipitated by the collapse of Lehmann Brothers in the US. Kia chose to invest in Mexico instead at that time and forgo India.

The Seltos SUV was first showcased in the Delhi Auto Expo of 2018 and is a global product developed grounds up with the Indian market in mind. It also seeks to exploit the current craze for SUVs with the Indian consumers and will compete directly with the likes of Hyundai Creta, Tata Harrier, Jeep Compass and MG Hector. The competition with its parent Hyundai's Creta that has been a runaway segment leader since its launch in 2015, is expected to be intense. 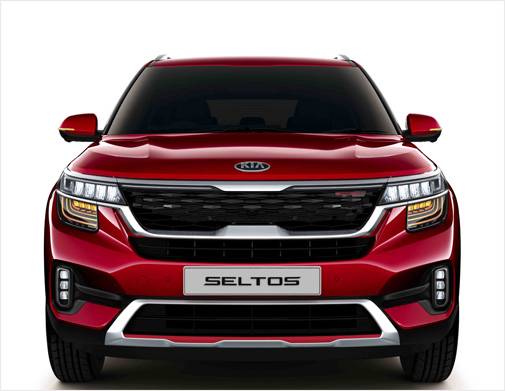 "Kia Motors is one of the liveliest, youngest and most vibrant automotive brands in the world but we also have a strong lineage that dates back to 1944. Today marks a new chapter in the Indian automotive industry. We are confident that we will redefine the benchmark of quality and premium cars for the Indian consumers," said Kookhyun Shim, managing director and CEO, Kia Motors India. "We are globally renowned for our quality and every car that we will produce here will carry the same benchmark quality that we are known for globally. We are sure to make our way into the hearts of the consumers and Seltos is the first of many engineering marvels that we will bring to this market." 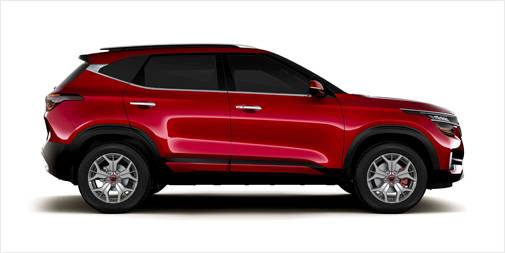 Available in 2 petrol and 1 diesel engine, Seltos comes with an unprecedented 16 variants offering a variety of permutations with engine and transmission options. There's the 1.4-litre GDI turbo petrol, naturally-aspirated 1.5-litre petrol, and 1.5-litre diesel engine. The choices of gearbox include six speed manual, an IVT(Intelligent continuously variable transmission) automatic transmission as also a Dual clutch automatic transmission (DCT). The three engines are also BS VI compliant making Kia the first carmaker in the country to do so. Across the range, the petrol engine has 9 variants priced between Rs 9.69 lakh and Rs 15.99 lakh. The diesel engine gets 7 variants priced between Rs 9.99 lakh and Rs 15.99 lakh. 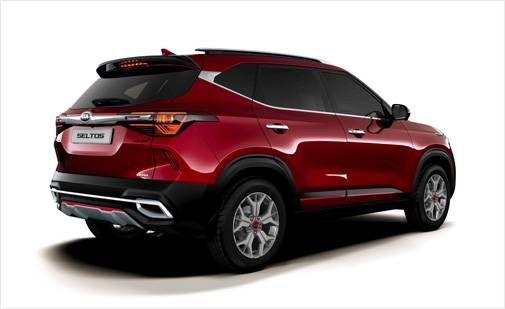 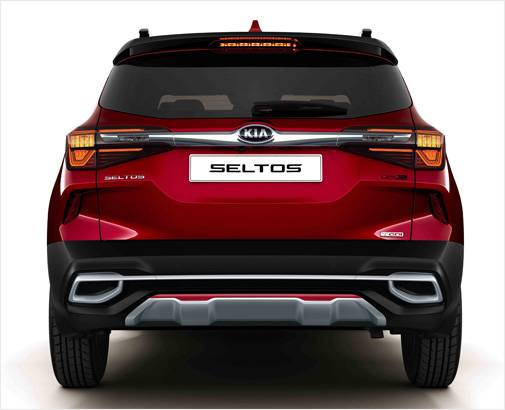 Kia claims it has so far received more than 32,000 bookings for the Seltos, indicating it has hit the ground running. The company has ramped up production of the car to around 5,000 units per month at its Ananthapur factory. It has said that unlike MG Motor that stopped accepting bookings for the Hector after it crossed 20,000 mark, Kia will not stop bookings at any point in time.

On the inside, the Seltos gets a flat-bottom steering wheel, LED sound mood lights and ambient lighting, and a smart 8.0-inch heads-up display. The rear seats also get 2 step degree reclining function, and 60:40 split feature with adjustable centre headrest. It gets a 10.25-inch HD touchscreen infotainment system with advanced 7.0-inch colour display for the instrument cluster. The system comes with features like - Android Auto and Apple Carplay, along with a Bose Sound System with 8-speaker setup. There's also a sunroof on offer on the top trim.