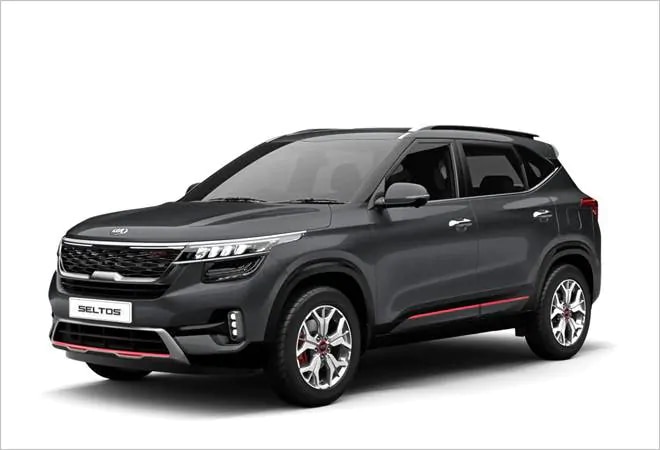 Kia Seltos price: Although the pricing details are yet to be declared, the Kia Seltos is expected to be priced in the range of Rs 11-17 lakh.

South Korean auto major Kia Motors has announced the pre-bookings of its much-awaited SUV Seltos in India from today. The company said the bookings can be done online as well as through its 265 sales points in India. Kia Motors is seeking Rs 25,000 token money for advance booking of SUV Seltos in India. After its official launch, the BS-VI compliant SUV Seltos will be available in two design formats -- GT Line (for performance enthusiasts) and Tech Line (for families). The SUV will come in 1.5 petrol, 1.5 diesel, 1.4 turbo petrol variants with both manual and automatic transmissions.

"The Kia Seltos has been built from ground-up, keeping Indian customers in mind and is equipped to redefine the segment," Kia Motors India Vice President and Head-Sales and Marketing Manohar Bhat said in a statement. As per the company, Kia Seltos is specially designed and developed keeping the Indian market in mind.

The company will also export Kia Seltos from its 536-acre Anantapur plant in Andhra Pradesh to the Middle East, Africa, Latin America and other Asian countries.

Although the pricing details are yet to be declared, Kia Seltos is expected to be priced in the range of Rs 11-17 lakh. Upon arrival, it will go up against popular choices like the Hyundai Creta, Renault Duster, Nissan Kicks, Renault Captur and Tata Harrier. The top-end model of Seltos might even rival the MG Hector. It will be launched in four variants, the automatic IVT, 7DCT, 6AT and a manual variant. The compact SUV will also get three driving modes - Normal, Eco and Sports.

It's there - witness the unviel of the most anticipated SUV of the year the #KiaSeltos in all its beauty and tell us what you think #KiaInIndia#SeltosWorldPremierepic.twitter.com/9Q9ynyHmzC

The exterior of Kia Seltos has well-sculpted lines and the car sits wide, giving it an aggressive look. It sits on a frame similar to the one underpinning the Hyundai Creta. Kia Seltos is also aboard the connected car bandwagon and comes with a technology called UVO connect.

It also comes with quick air-cooling system, a 10.25-inch touchscreen infotainment system and a Bose eight-speaker audio system. Safety features like blind-spot monitoring and a 360-degree camera make it a dependable car.