The Scorpio Classic will be offered in two trims - Classic S and Classic S11 - and will continue to be sold alongside the All-New Scorpio-N which was launched in June this year. The prices of the Scorpio Classic would be announced on August 20, 2022.

The automaker also claims that the Scorpio has attained legendary status and represents the tough and authentic DNA of Mahindra SUVs.

Homegrown sports utility vehicle (SUV) maker Mahindra & Mahindra Ltd., on Friday, launched a new avatar of its iconic SUV brand Scorpio Classic to celebrate its 20 years in India. The Scorpio has been a strong seller for Mahindra ever since its launch. The automaker also claims that the Scorpio has attained legendary status and represents the tough and authentic DNA of Mahindra SUVs.

Veejay Nakra, President, Automotive Division, M&M, in a statement, said, “The Scorpio is a landmark model which has reinforced Mahindra’s reputation of being a manufacturer of authentic and highly desirable SUVs. With over eight lakh customers, the Scorpio has an unbeatable fan following and continues to be loved by proud owners and trusted by eminent institutions like the armed forces, para-military and internal security forces. With the launch of the Scorpio Classic, we are offering the Scorpio fans and enthusiasts a tough yet authentic SUV built to exhibit an ‘attitude’ like never before.”

Mahindra’s Scorpio Classic retains the silhouette of the original SUV and comes with a refreshed look, contemporary interiors, and a new powerful engine, among others. Mahindra also revealed that the new SUV will be available across its dealerships for customers to test drive starting today. The prices of the Scorpio Classic would be announced on August 20, 2022.

R Velusamy, President, Automotive Technology and Product Development, M&M, said, “The Scorpio was the first-ever modern SUV designed and developed entirely in-house, establishing Mahindra’s engineering credentials. Its immense popularity has established Mahindra’s reputation as a manufacturer of tough yet sophisticated automobiles that have a universal appeal. The Scorpio Classic has been engineered to present strongly its propositions of stand-out design, built-in technology, powerful performance and premium interiors to carry forward the legacy of the Scorpio.” 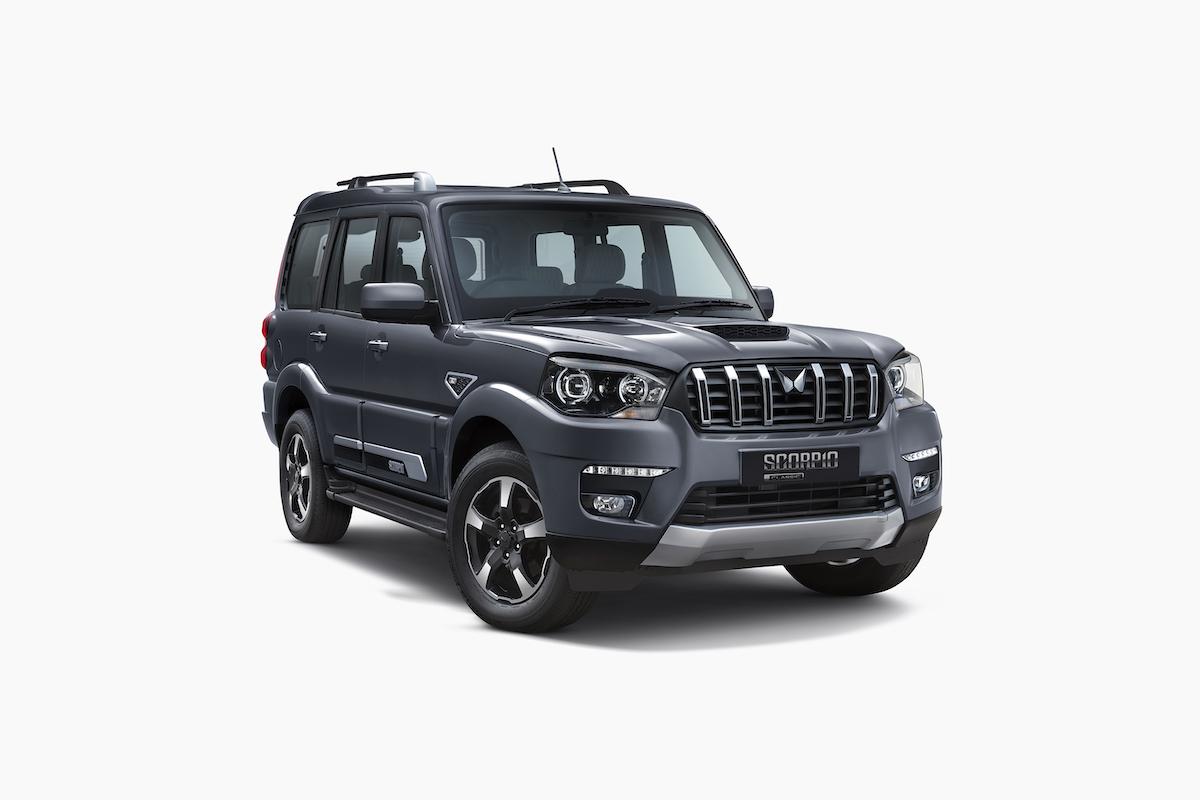 The Scorpio Classic, when compared to its predecessor, can be distinguished by its new grille along with a muscular bonnet with hood scoop and the company’s new twin-peaks logo. Additionally, the SUV also features new DRLs with LED tail lamps and new R17 diamond-cut alloy wheels.

In terms of interiors, Scorpio Classic is still largely similar to the outgoing Scorpio with only minimal changes. The new SUV comes with a 9.0-inch touchscreen infotainment system, redesigned dashboard and centre console, and a leatherette finish on the steering wheel. The Scorpio Classic also receives a black and beige combination for its interior.

Scorpio Classic gets its power through a 2.2-litre turbo-diesel Gen 2 mHawk engine, which churns out 132 PS and 300 Nm torque. Mahindra also claims that this new engine is 55 kg lighter and is 14 per cent more fuel efficient than the one used in the previous model. In terms of suspension, a new six-speed cable shift manual transmission is featured. Mahindra has also enhanced the suspension set-up with MTV-CL technology in addition to other significant advancements made in the steering system for easy manoeuvrability and control.

The new Scorpio Classic also comes equipped with features like cruise control, rear parking sensors, steering-mounted controls and AC vents for the second row. In terms of safety, the SUV gets two airbags.