Speaking to Businesstoday.in, CCMB director Rakesh Kumar Mishra talked about their key findings, especially around the ways to counter the rising viral caseload in the country. He feels the need of the hour is to ramp up testing aggressively 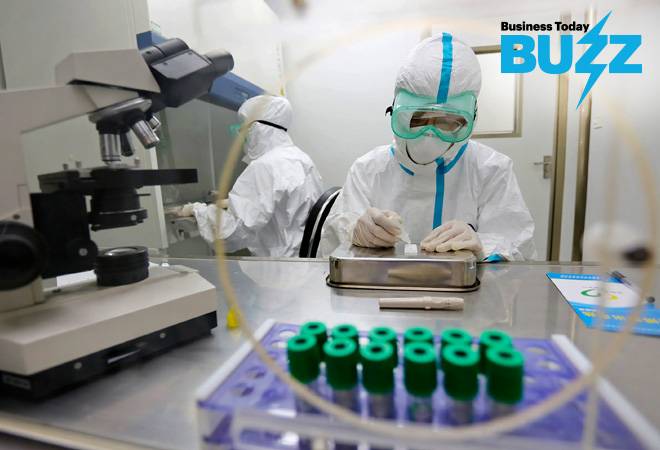 The Centre for Cellular and Molecular Biology (CCMB), the country's premier research organisation in the area of modern biology, which has been studying the COVID-19 virus, is now seeing a uniform virus strain across the country. In early June, the Hyderabad-based research organisation had noticed a different coronavirus strain in several parts of the country having greater similarity with the strain in South East Asian region. But that strain is now fast disappearing with the Indian strain appearing to be almost uniform across the country and quite similar to the one in the Europe and other parts of the world.

Speaking to Businesstoday.in, CCMB director Rakesh Kumar Mishra talked about their key findings, especially around the ways to counter the rising viral caseload in the country. He feels the need of the hour is to ramp up testing aggressively.

"Ideally, we need a 10-fold increase in testing across the country deploying multiple testing approaches and methods. That alone will help us count the uncounted infected people and ensure we isolate them better and contain the spread better even without a lockdown," he says. Explaining what has been learnt so far, he says, while detailed study of the virus is still on, several findings have emerged about the virus and its characteristics. Take a look:

"It is becoming clear now there is only one prominent clade (a biology term for a grouping of virus or strain that is present all over the country). Earlier, another strain, which was unique to Southeast Asian region was also found but it is fast disappearing in India," says Mishra. He feels, it may be good for India. "In a way, it is good because if the strain is similar to what has been noticed all over the world then there are higher chances of the vaccines that are currently being developed being easily deployed compared to where the virus strain is different. Also, he suggests that the virus is mutating much slower than what one would have expected. As for the response to the virus and the mortality numbers, he says, it is linked the body's response to the virus, which in Indian case is apparently better than in some other regions of the world, which is why the mortality rate is lower.

To ensure more testing,  he says, different testing methods could be deployed such as antigen- detection testing and anti-body testing (but that is only for surveillance)  and even newer approaches such as the 'probe-free COVID-19 testing assay' by IIT Delhi, which recently received approval from the ICMR. "As I understand, it replaces a component and could be tested out." As for CCMB, he says, "We at CCMB have optimised a dry-swab RT-PCR testing process, where in the same PCR testing , the gold standard for virus detection by the labs, the process is shortened by doing away with the RNA  separation step, usually done manually and time consuming. The CCMB has approached the ICMR for granting approval to this method of dry swab PCR test. It uses the same testing kit and equipment but makes it faster and more cost-effective. This method has been independently tried out successfully in two other labs - Centre for DNA Finderprinting and Diagnostics in Hyderabad and the Indian Institute of Science Education and Research (IISER) at Berhampur in Odisha."

In the light of debate around the virus being airborne, he says, this study will take time but the early findings are that we do not need to panic because it is not rampantly airborne. "It is still transmitted through droplets though these may be hanging in the air for a little longer than the time the infected person has been around." So, he suggests, a good practice would be to continue wearing the mask for say another 20 minutes to half an hour even after meeting the people and as a rule, avoid crowded places and prefer open air settings.