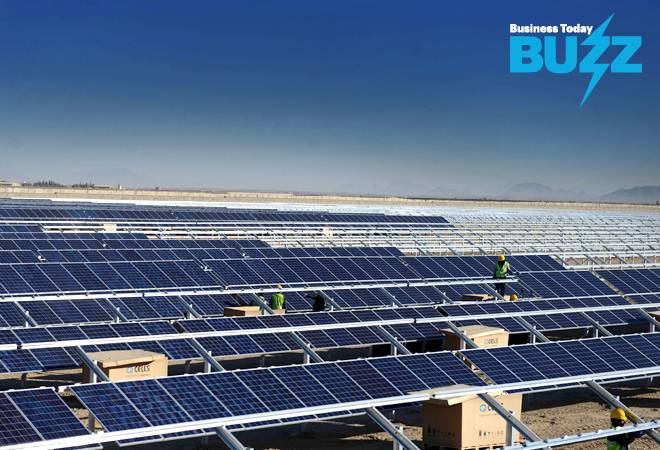 Despite the hype and incentives, solar installations in the country are slowing down

India's plans of reaching 100 Gigawatt (GW) of solar installations by 2022 may fall short of the target by almost 30 per cent, unless further aggressive incentives are offered and focus is given more on rooftop installations, experts say.

A recent Mercom India Research report estimated India's cumulative installed solar capacity reached 30 GW at the end of the first quarter of 2019. However, rooftop installations still only make up 12 per cent of total solar installations and the country has achieved only 9 per cent of its targeted rooftop capacity addition of 40 GW by 2022. According to the Institute of Energy Economics and Financial Analysis (IEEFA), 75 GW of renewable capacity has been installed across India, 28 GW has been auctioned and 37 GW of capacity is under various stages of tendering and bidding with a view to come on stream in the next couple of years.  Of the 22 GW odd auctions awarded, most were awarded at below Rs 3 per unit.

While elections and inability to get clearance for many projects was an issue, there were many other problems the sector was going through. Availability of credit has been a brewing issue and has impacted the growth momentum of renewable energy in the last six months.

"The ministry's recommendation to the Reserve Bank of India to categorise renewable energy into a separate segment from power, and remove priority sector lending limit for the sector to ensure higher credit financing availability will give a much needed boost to the sector," says Nikunj Ghodawat, Chief Financial Officer, CleanMax Solar.

Cleanmax, a leading rooftop solar provider, demands to remove the cap of Rs 15 crore per year under priority sector lending for rooftop projects or at least increase the credit limits significantly and remove it in a phased manner.

"Easy availability of credit and reducing the cost of capital will result in speedy implementation of projects and also reduce the cost of construction, which can help us pass this benefit to our power consumers,"  says Ghodawat.

In the last five quarters, government agencies such as the Uttar Pradesh New and Renewable Energy Development Agency (UPNEDA), the Grid Corporation of Odisha (GRIDCO), Gujarat Urja Vikas Nigam Limited, and others have cancelled nearly 5 GW of solar auctions, citing the final tariffs were either too high or there was a wide gap between the highest bidder and the rest. Only part of this capacity was re-tendered. Other main factors that affected the capacity addition were land and transmission constraints, a 25 per cent safeguard duty on imports from China and Malaysia and issues in the tender schemes and tax uncertainties. Despite this, India's capacity addition is one of the fastest in the world. The global energy demand increased an estimated 2.3 per cent in 2018, and of this, India, China and the United States accounted for almost 70 per cent of this addition, says a REN21 (Renewable Energy Policy Report for the 21st century) report. India ranked fourth globally for non-hydro renewable capacity and overtook Italy to reach fifth in the global rankings for cumulative solar PV capacity.

Sources say, however, new capacities will go on stream soon as over 12 GW of solar was tendered and 3 GW was auctioned in the first quarter of this year. Recently, the Haryana Power Generation Corporation Limited (HPGCL) called tenders to build 73 MW of grid-connected solar photovoltaic (PV) projects in the state on a build operate and transfer (BOT) basis for 25 years. Karnataka, which has already set up about 5.3 GW, has a development pipeline of about 2.5 GW.

The Railway Energy Management Company Limited (REMCL), a joint venture of Indian Railways and RITES Limited, is also setting up 140 MW of wind-solar hybrid projects. Further, railways is planning over Rs 18,000 crore of investment in solar energy and the government is planning to promote 60 cities/towns as 'Solar Cities' during the 11th Plan period. These are expected to push up capacity additions in the coming months.