IIT-JEE results: Who is Chirag Falor, the topper of JEE-Advanced exams 2020? 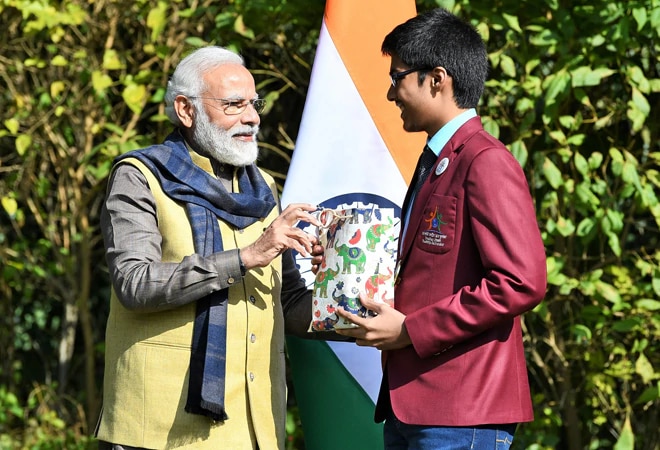 The Indian Institute of Technology Delhi (IIT-Delhi) has declared the results of Joint Entrance Exam Advanced on its official website- jeeadv.ac.in. Chirag Falor from Pune has bagged the top rank by securing 352 marks out of 396 in Common Rank List (CRL).

Chirag Falor has not only cleared the IIT entrance exam 2020 but also cleared the admission test at one of the most eminent universities of the world- Massachusetts Institute of Technology (MIT), USA. He is one of the only 5 Indian students who got admitted to MIT this year. Despite having achieved this feat, Pune's Falor decided to appear for the JEE exam. According to Falor, "JEE is the toughest exam because there is a time constraint to it. First-year common exams at MIT are much easier than JEE. Hence, it is the toughest exam in a short period of time."

Besides IIT-JEE and MIT exams, Falor has also appeared for India at the International Olympiads and was earlier awarded the Bal Shakti Puraskar for the same. He prepared for one of the 7 most difficult exams in India alongside his online classes at MIT that lasted from 05:30 pm till 02:00 am every day since he could not return to the US given the coronavirus lockdown.

His sharp mind and scientific temper also captured Prime Minister Narendra Modi's attention this year. Calling him a "friend", the Prime Minister tweeted, "Meet my friend Chirag Falor, a  Bal Puraskar awardee. Winner of national and international math and science competitions, he represented India in the International Olympiad Award on Astronomy and Astrophysics. Chirag has a bright future ahead and I wish him success." Falor had secured 98.4 per cent marks in the CBSE Class 12 Board exams. He also has a younger sister who is in class 7 currently.