India could source diamonds from Russia

India is the world's largest manufacturing centre for cut and polished diamonds contributing 85 per cent in terms of volume. 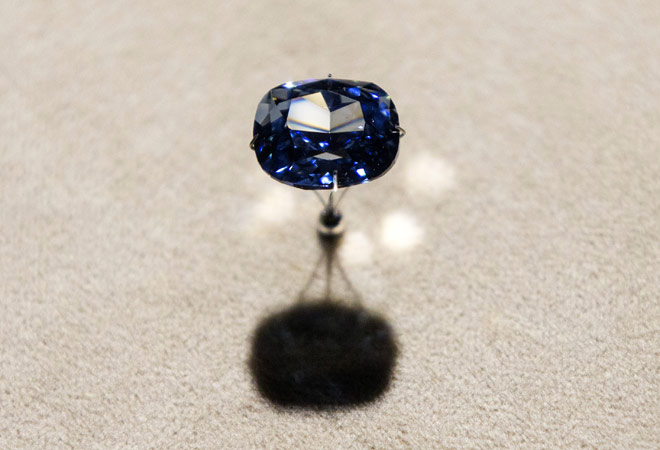 Russia, the world's largest producer of diamonds , is not only looking to market military hardware and hydrocarbons in India but also the precious stone.

Representatives from ALROSA, the Russian group of diamond mining companies, will sign 12 longterm contracts with Indian companies on the sidelines of the World Diamond Conference on Thursday, according to Gems & Jewellery Export Promotion Council (GJEPC) chairman Vipul Shah.

The contracts could include a pact on direct sourcing of rough diamonds from Russia. The pact between ALROSA and Indian companies will give an edge to Russia over nations like Dubai, Antwerp and Belgium which are the main suppliers of rough diamonds.

The sourcing agreement will help significantly reduce the transaction costs for Indian traders as most of the Russian diamond supplies are coming via Dubai, Antwerp and Belgium, Shah added. India is the world's largest manufacturing centre for cut and polished diamonds contributing 85 per cent in terms of volume.

The diamond industry is highly dependent on financing from Indian banks. With the recent foreclosure of Antwerp Diamond Bank and other issues related to repayment defaults and scattered diamond pipelines, domestic financial institutions have started to lose confidence in the industry.

The conference will address the proposed solutions to various concerns and a framework is expected to be announced in presence of Reserve Bank of India governor Raghuram Rajan and heads of banks like State Bank of India, ABN Amro Bank, etc.

The government recently announced setting up of a special notified zone for import and trading of rough diamonds, a move towards boosting the gems and jewellery sector. The creation of the zone is aimed at transforming India into a large rough diamond trading centres similar to Belgium, Antwerp and Dubai.

WTO rules against US steel dispute with India