The deal will be completed in three transactions with the Blackstone-Embassy combine taking a 15% stake this week, followed by the purchase of the residual stake over the next 6-8 weeks. This will be followed by an open offer to the existing shareholders of IBREL. 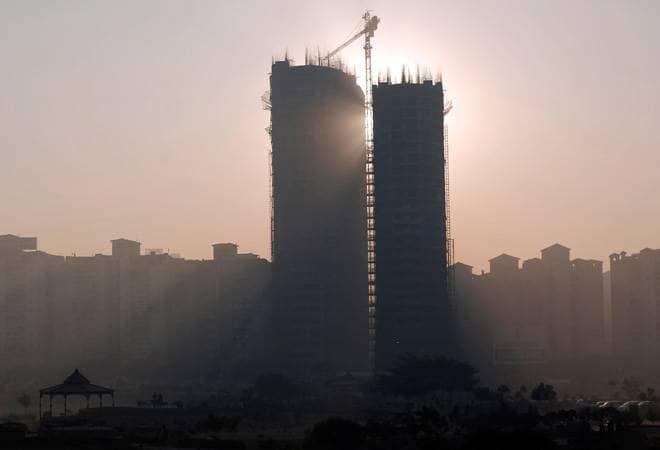 The Indiabulls Group, which is looking to exit its real estate business so that it can get regulatory approvals for the proposed merger of Indiabulls Housing Finance with the Lakshmi Vilas Bank, is reportedly set to sign a deal with US-based investment firm Blackstone. The buzz is that the latter is looking to acquire Indiabulls chairman Sameer Gehlaut's entire 39 per cent stake in Indiabulls Real Estate Ltd (IBREL) through a joint venture with Bengaluru-based realty firm Embassy Group.

The deal could be struck for around Rs 2,700 crore at an equity valuation of Rs 7,000 crore, Mint reported. It will be completed in three transactions with the Blackstone-Embassy combine taking a 15 per cent stake this week, followed by the purchase of the residual stake over the next 6-8 weeks. This will be followed by an open offer to the existing shareholders of IBREL.

"Pursuant to the applicable provisions of Securities and Exchange Board of India (Listing Obligations and Disclosure Requirements) Regulations, 2015, we wish to inform you that in line with company's promoters' strategy to focus on financial services in the long run, the promoters intend to dispose-of up to 14 per cent of the fully paid-up share capital of the company (out of the aggregate 38.72 per cent fully paid up share capital of the company, currently held by them) to third party investors," IBREL said in a regulatory filing on Thursday.

Significantly, this deal comes soon after Embassy Office Parks - a joint entity of Blackstone and the Embassy Group - recently launched India's first real estate investment trust (REIT) to raise Rs 4,750 crore. Once the transaction is completed, a quarter of IBREL will be held by foreign institutions while the remainder will be with public shareholders and mutual funds among others.

Sources in the know told the daily that the Group will now 100 per cent focus entirely on Indiabulls Housing Finance Ltd. "Once the deal is concluded, it will give Embassy and Blackstone access to IBREL's residential assets too, which can be merged with Embassy's residential portfolio," they added.

This is not the first transaction between IBREL and Blackstone. In December, IBREL sold a 50 per cent stake in two office assets in Gurgaon to the US private equity giant at an enterprise value of Rs 464 crore. Previously in March 2018, Indiabulls sold 50 per cent stake in two of its prime commercial assets in Mumbai to Blackstone for an enterprise value of Rs 9,500 crore. Moreover, Indiabulls has an equal joint venture with Blackstone, which boasts 3.3 million sq ft completed asset with annuity income of Rs 670 crore.

In the past couple of years, IBREL has been streamlining its realty portfolio, exiting office and residential projects in various cities and deciding to focus primarily on Mumbai and the National Capital Region (NCR). In an investor presentation in April, IBREL said that it had decided to divest Century Limited, the parent company that houses Hanover Square property, London. "In light of continuing Brexit related issues and uncertainty around it, the London property market remains sluggish so the promoter has undertaken to buy the parent company of London asset," the company added. IBREL's net debt stood at Rs 4,590 crore at the end of the fourth quarter of 2018-19 fiscal, which was pegged to come down to Rs 3,000 crore following this deal.

As per regulatory filings, IBREL also posted a 95 per cent decline in its consolidated net profit at Rs 108.56 crore for Q4 FY19 against Rs 2,181.13 crore in the year-ago period.

Reacting to the buzz regarding the promoter stake sale, IBREL's stock jumped 14.74 per cent to an intra day high of Rs 151 on BSE. Its share price has been gaining for the last two days and has risen 10.76 per cent in the period.