TCS Q3 result: TCS reported a flat profit growth for the third quarter at Rs 8,118 crore vis-a-vis Rs 8,105 crore in the same period last year, thanks to the headwinds in BFSI and retail sectors 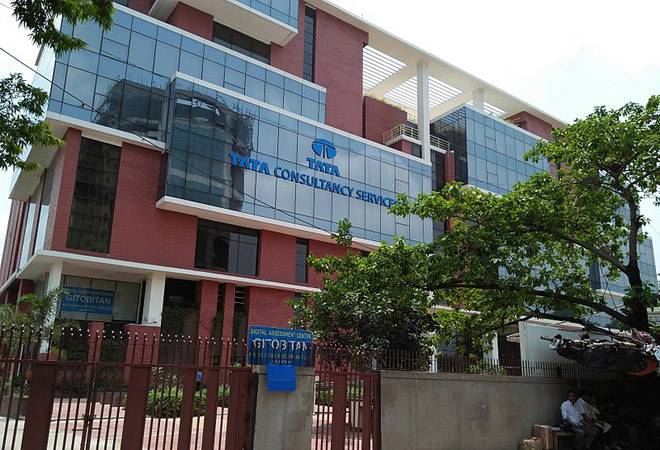 TCS Q3 result: India's largest IT services firm TCS faces growth challenges as its large clients in banking, financial services and insurance (BFSI) vertical, which contributes over 30 per cent of the revenue, in the US and the UK go whole hog in cost optimisation. The BFSI vertical is doing well in Europe and Australia. However, the company is facing structural challenges in the US and the UK, said managing director and CEO Rajesh Gopinathan, after announcing the third quarter result.

To counter this, he said, they are going down to smaller, newer and specialised customers, especially in the US. "The overall budget of the large clients hasn't been reduced. But they are strongly optimising the cost. We are participating in their initiatives with our machine first delivery model (MFDM). But the cost optimisation process is creating challenges to our absolute revenue growth," he said.

TCS reported a flat profit growth for the third quarter at Rs 8,118 crore vis-a-vis Rs 8,105 crore in the same period last year, thanks to the headwinds in BFSI and retail sectors. The revenues improved by 6.7 per cent to Rs 39,854 crore. The sequential growth revenue growth is a mere 0.3 per cent in constant currency terms, much lower than the 1 per cent growth that the analysts were expecting. The analysts had projected the company to register a 10 per cent revenue growth in this financial year, but it will be difficult to achieve after two consecutive weak quarters.

"We won't be anywhere around last year's 11.4 per cent growth after two weak quarters. I will be happy with achieving even 8 per cent growth," Gopinathan said. BFSI continues to be the worst hit vertical in the third quarter and it grew slower in the company's largest market North America. However, TCS continued to gain market share in BFSI and won 20 deals in the quarter, Gopinathan said.

BFSI business increased just 5.3 per cent, while North America posted 4.1 per cent increase in revenue. North America accounts for more than half of TCS's overall revenue. The highest growth of 15.9 per cent came from the business in the Continental Europe largely because of the new projects that the company got in Germany and France.

TCS is gaining market share in BFSI. Their insurance business is doing extremely well, according to the company executives. "Large banks are adopting artificial intelligence and automation as the main lever to bring things together and optimize. So we are disrupting ourselves to stay more relevant for our customers," another executive said.

TCS' payment solutions have attracted many clients in the developed world. The company had launched its real-time payments solution in September last year, along with TCS BaNCS for payments, to help customers in their digital transformation journey. The company had developed a platform in India which offers merchants and retailers an integrated solution to accept payments through Aadhaar Pay, Unified Payments Interface (UPI), mobile wallets as well as debit and credit cards.

Their second largest revenue contributing vertical, retail is in a turnaround phase as traditional retailers increasing their competitiveness in the large economies. The segment will be volatile in the short term, said Gopinathan. "Many of the traditional Retailers like Home Depot and Walmart are increasing their competitiveness. We are participating in their effort. The retail industry is in a turnaround phase and it will remain volatile in the short term," Gopinathan said.

Life science and healthcare vertical continues to be a standout performer for TCS. It has been growing at 15-20 per cent for last many quarters. So the company will double down the investments in the segment.

In the previous six quarters, TCS had been growing at 15 per cent in the UK. But the growth fell to 7.5 per cent in the third quarter because of the crisis in banking and manufacturing sectors. "Since the political uncertainty has been significantly receded, we expect the UK getting back to growth environment in a couple of quarters," said Gopinathan.