E-commerce accounted for 27 per cent of the entire warehousing deals in Kolkata and adjoining areas, while FMCG's share was five per cent last year 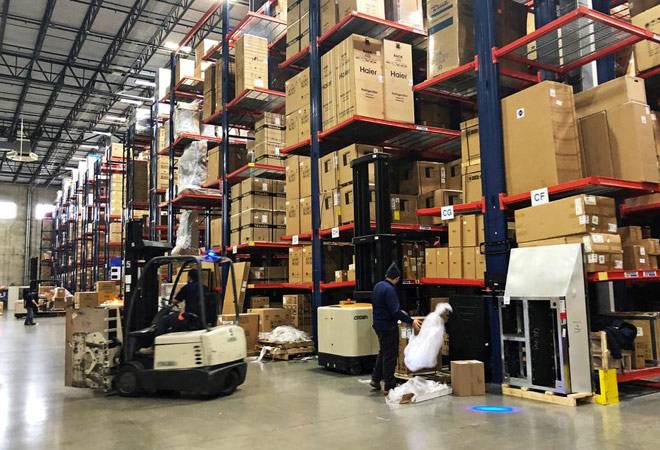 The demand for warehousing space in the city during the current financial year will largely be driven by e-commerce and FMCG companies, an official of a global property consulting firm said.

E-commerce accounted for 27 per cent of the entire warehousing deals in Kolkata and adjoining areas, while FMCG's share was five per cent last year.

Their share in the total warehousing deals in FY21 is expected to jump significantly as there will be a change in demand pattern, he said.

There will be a requirement of mid-size warehouses by e-commerce and FMCG companies in various clusters of Kolkata in FY21, the official said.

However, the shift in demand patterns and enquiries for in-city warehouses may put land prices in peripheral warehouse clusters under pressure in near-to-mid term, he said.

The leasing deals of the last fiscal are witnessing renegotiation of rates following disruptions due to COVID-19.

In 2019-20, Kolkata saw a healthy warehouse leasing of 3.93 million sq ft, according to the India Warehousing Market Report 2020, a drop by 14 per cent over the previous fiscal.

Dankuni and suburban cluster of Kolkata accounted for a 52 per cent share of warehousing transactions in FY 2020, while the National Highway-16 (old NH-6) has the rest of the deals.

The warehousing market demand in Kolkata has seen a robust compounded annual growth rate of 43 per cent for the FY2017-2020 period.

"Only 2019-20 fiscal was an abrasion from the steady year-on-year growth story of warehousing. The traditional warehousing demand in locations like Dankuni, Dhulagarh on NH-6 will shrink during this fiscal," Dutta said.

Kolkata, due to its strategic location, is a major warehousing hub of the eastern belt of the country.

Also Read: Big events can be held while adhering to COVID-19 protocol: UP CM Yogi Adityanath