The two companies along with Gurgaon-based Snapdeal have been slugging it out for a greater share of the Indian e-commerce pie. 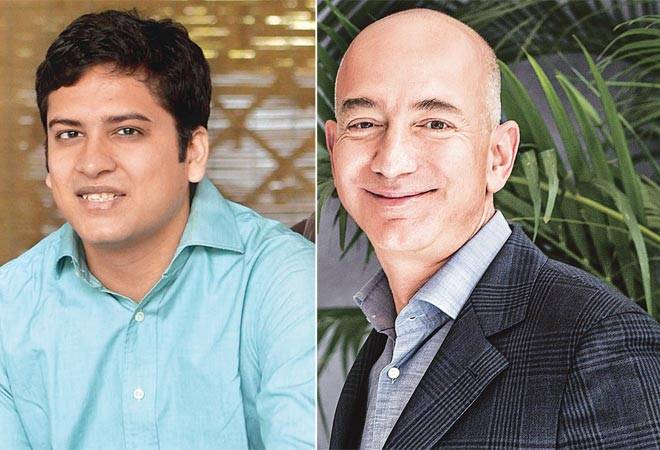 The sale, which was signed The Big 2 e-commerce rivals, Flipkart and Amazon, kicked off their second festive sale for October on Monday with an ad blitz announcing hefty discounts.

Amazon in its four-day had on offer mobile handsets such as Apple iPhone 6s 64GB at a discounted price of Rs 46,000, which it claimed was significantly lower than the market price of Rs 54,000. Similarly a Moto X Force was being sold at Rs 25,000 down from the market price of Rs 35,000. Wearables and mobile accessories were also on offer at discounts ranging from 20% to 40%.

Electronics such as TVs and cameras were also available at a 30% discounts while as much 60% was off on kids clothing. Flipkart which has launched a three-day sale from October 17 to 19 was offering 60% off clothing and 50 to 70% discounts on shoes. The discount on goods such as watches, backpacks, skybags and sunglasses was even higher at 50 to 80%.

The two companies along with Gurgaon-based Snapdeal have been slugging it out for a greater share of the Indian e-commerce pie.

The earlier sale, a fortnight ago, had seen frenzied buying by consumers on all e-commerce platforms following which a spat had broken between homegrown Flipkart and the Indian arm of US giant Amazon with each claiming to have notched up bigger sales.

The debate was triggered by Redseer Consulting saying that the festive sale had generated $ 1.2 billion for e-commerce companies but Flipkart may have outperformed Amazon to consolidate its top position.

ALSO READ: Baba Ramdev to publish his autobiography next year

"After the slowdown in the first six months, the festival sale was to be a green patch. This has been a bumper sale and Flipkart's execution has been much stronger and it is evident," Anil Kumar, founder and chief executive of RedSeer Consulting had said.

However, Jeff Bezos-led Amazon had dismissed the RedSeer claim as "directionally off and false".

Both Flipkart and Snapdeal have seen a markdown in their values and it is becoming increasingly difficult to raise fresh funding as investors are keen that they generate profits. Both companies are keen to increase sales in order to drive up valuations ad present a rosy growth-oriented picture.

Flipkart is reported to be in talks with US-based retail giant Walmart, among others, to raise fresh funds of up to $1 billion. Since he took over CEO in January, Binny Bansal has gone back to Flipkart's original premise of superior customer service, while cutting costs, consolidating sellers and improving logistics to reach buyers more quickly.

A Morgan Stanley managed mutual fund has slashed the valuation of Flipkart by 15.5 per cent to USD 9.39 billion.

The mark down in May came close on the heels of similar scaling down in the valuation of the leading e-commerce major by a number of investors like Fidelity Investments and T Rowe Price. Morgan Stanley is a minority but significant investor in Flipkart.

This was the second devaluation in three months bringing down the value of the e-commerce major by 38% from its peak in June 2015 at USD 15.2 billion.

Amazon, which has committed $5 billion for the Indian market, is reported to have been growing at over 100 per cent a month in a market that has slowed in the past six months.