After months of negotiations, it appears that Walmart may have finally trumped Amazon in the race to buy Flipkart. The brick-and-mortar retailer has reportedly outrivalled the global online retail behemoth to acquire around 75 per cent stake in India's largest e-commerce platform. 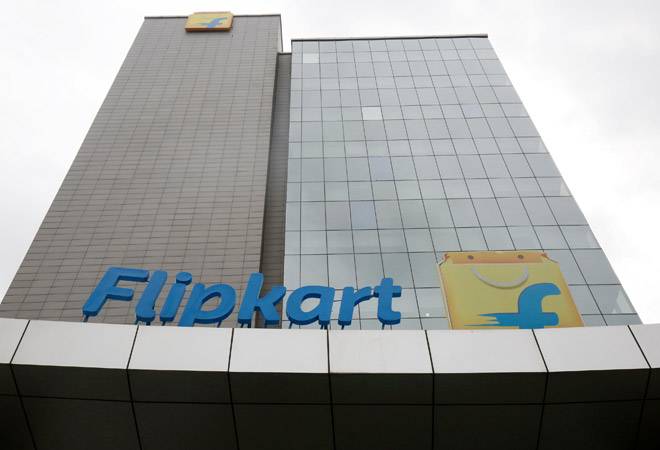 After months of negotiations, it appears that Walmart may have finally trumped Amazon in the race to buy Flipkart. The brick-and-mortar retailer has reportedly outrivalled the global online retail behemoth to acquire around 75 per cent stake in India's largest e-commerce platform.

According to a Bloomberg report, the board of Flipkart Online Services Pvt has given its nod to an agreement to sell about 75 percent of the company to a Walmart Inc.-led group for roughly $15 billion. The sale values Indian e-commerce market leader at around $20 billion.

As part of the deal, Flipkart's largest shareholder, SoftBank, will sell all of its stake through an investment fund. SoftBank owns more than 20 per cent stake in e-tailer. Google's parent Alphabet is reportedly in talks with Bentonville, Arkansas-based retail major to acquire a minority stake in India's largest online marketplace.

According to reports, the tech giant is likely to invest $1-2 billion. Alphabet and Walmart already have a partnership in the US since last year. In US, Walmart products are sold on Google Express, its online shopping mall. Google also sells Walmart products through Google Assistant on Google Home, its voice-controlled speaker which competes with Amazon's Echo. Walmart customers also have the option of linking their accounts to Google.

The coming together of world's two biggest corporations is being viewed as an attempt to challenge Amazon's booming retail business across the world. The partnership is also meant to leap into the voice-based shopping experience in future.

Walmart's acquisition of Flipkart will help the world's largest retailer in challenging the dominance of Amazon which has been eating up its market share in the US. The deal will also give a fillip to Walmart's online ambitions in a significantly huge market like India.

Earlier in the day, The Economic Times reported that Flipkart's Executive Chairman Sachin Bansal may quit if the acquisition  by Walmart comes to fruition. Bansal has been at the helm of the company he co-founded for over a decade.

Bansal, who holds about 5.5 per cent stake in the Indian e-commerce bellwether, is likely to take home more than $1 billion as the estimated valuation of Flipkart has been pegged around $20 billion for the Walmart buyout.

In 2007, former Amazon executive, Sachin Bansal, teamed up with his IIT-Delhi batch mate Binny Bansal, to start Flipkart as an online books seller. Bansals began operations out of their Bengaluru apartment.

While Sachin Bansal has serving as the CEO of the company from 2007 to 2016, Binny Bansal took care of the logistics section as the chief operating officer (COO). Binny was later elevated to Group CEO.

Flipkart's early investors like New York-based Tiger Global, Accel and South African internet conglomerate Naspers are likely to sell their entire stakes in Flipkart to Walmart if a deal is reached. Last year, Japan's SoftBank bought a 20 per cent stake in the country's leading etailer for $2.5 billion through its $100 billion technology-focused Vision Fund. It was the biggest ever private investment in an Indian tech firm at the time.

Walmart had earlier completed its due diligence for the Flipkart deal. Both Walmart and India's homegrown e-commerce leader stand to gain much if this long-speculated deal goes through. To begin with, they get to pool resources to compete against a common enemy, Amazon, in online as well as offline retail channels. Walmart also gets to grab a foothold in India's booming e-commerce industry.

Meanwhile, Flipkart stands to not only add financial muscle but also strengthen its supply chain and enhance efficiency in procurement, product assortment and retailing. India's leading e-tailer, besides, has been looking to open retail stores in India for a long time now but has been waiting for the right investment partner. As such, the partnership between Walmart and Flipkart already seems like a match made in heaven.