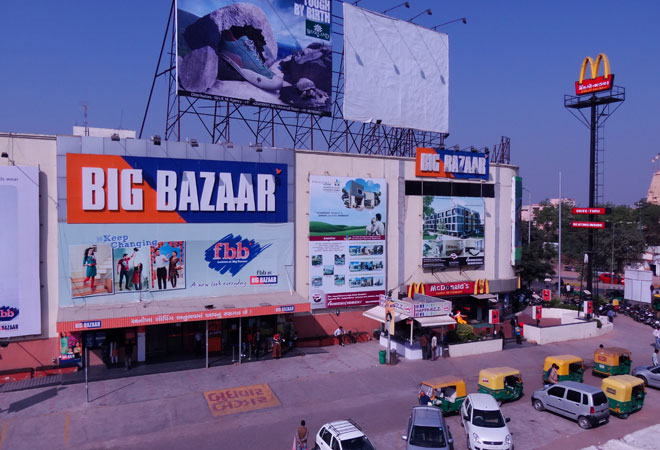 Future Retail announced that its board of directors has approved a resolution plan for restructuring the company's existing debt in line with the resolution framework sanctioned by the Reserve Bank of India (RBI) to alleviate COVID-19-related stress. The Kishore Biyani-led retail arm further added that certain non-convertible debentures (NCDs) will also be part of the restructuring exercise. The company is now awaiting approval from the KV Kamath committee.

The company said that the debt restructuring was necessitated due to the disruptions caused by COVID-19 which led to cash flow not being able to bear the debt burden.

"Future Retail Limited... has approved a resolution plan to restructure the existing secured financial debt from the bankers of the company, as permitted under a Resolution Framework for COVID 19 related stress announced by the Reserve Bank of India," Future Retail said in a recent regulatory filing. "The said resolution plan, which remains subject to the approval of the expert committee (under the chairmanship of the KV Kamath) constituted by the Reserve Bank of India, has been approved by the lenders to the existing debt of the company."

As part of the lender-approved resolution plan, the repayment of short term loans, term loans, NCDs, overdue working capital loans (converted into working capital term loans) is to be extended up to a maximum of 2 years. Owing to a moratorium between March 1, 2020, and September 30, 2021, interest during the period shall be converted into Funded Interest Term Loan (FITL) which shall be payable by December 2021. Cash credit will continue at reduced level based on bank assessment, Future Retail added.

All penal interest and charges, default premiums, processing fees unpaid since March 2020 implementation date will be waived off fully under the resolution plan, the company said.

Future Retail expects all the necessary agreements, deeds, undertaking and other relevant documents between the company and the lenders to be finalised on or before April 26.

"Further, the company shall, prior to undertaking the restructuring of the NCDs as per the resolution plan, obtain the approval of the relevant stock exchanges where the NCDs are listed," it further added.

Rate of interest on NCDs would continue at same rate as was agreed at the time of allotment, Future Retail stated, adding that interest up to June 2021 on Series II NCDs would be converted into FITL, which would carry interest rate of 8.30 per cent per annum.