Since gold price has increased by nearly 50 per cent in the last one year, gold loan companies are at an advantage as 'loan to value' - the ratio of money lent against the value of gold - has been reduced substantially 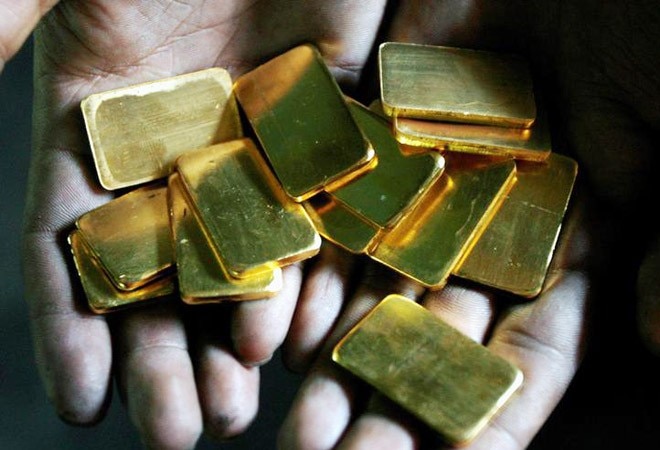 As banks vacate the bridge loans space because of risk aversion, gold loan companies are cashing in by providing short term capital and top up loans to small businesses. In the orange and green zones, where the lockdown has been eased, gold loan companies are witnessing an uptick in demand from street vendors and people who runs restaurants, kirana shops and other businesses. Many have pledged gold to raise capital and restart their businesses since banks and other financial institutions are reluctant to lend.

George Alexander Muthoot, Managing Director, Muthoot Finance, told BusinessToday.In that the demand for gold loan has picked up quite fast in the last one week.

ALSO READ: Despite rate cuts, your EMIs may still not fall as much

In the one month before stock market crash on March 23, the share price of the gold loan company has fallen by 45 per cent. However, the price has recovered fast and it is up by 67 per cent since the big fall. The price increased by 11.36 per cent to Rs 847 until May 27 this year. The market capitalisation stood at around Rs 34,000 crore. But the share price of second largest gold loan company, Manappuram Finance is 32.47 per cent down so far this year.

Since gold price has increased by nearly 50 per cent in the last one year, gold loan companies are at an advantage as 'loan to value' - the ratio of money lent against the value of gold - has been reduced substantially. Muthoot said that the loan to value of Muthoot Finance is way below the government mandated 75 per cent. "The loan to value stands at 52 per cent right now and it means we have the headroom of 48 per cent as margin against the loans that we lent," he added.

The slowdown is not expected to affect the gold loan business. Muthoot says people are postponing the discretionary purchases and reducing family expenditures anticipating financial troubles. "Some customers may take little extra time in repaying the loan. However, our advantage is that the average loan tenure is only four months. In slowdown scenario, the average tenure may get extended by a month or two and not beyond that," he said. Since gold is pledged as collateral, the gold loan companies are better placed compared to other lenders in the case of non-performing assets (NPAs).

According to a recent KPMG report, the gold loan market in India is expected to reach Rs 4.62 lakh crore by 2022 at a five-year compounded annual growth rate of 13.4 per cent. The gold loan companies aggressively expanded branch network across the northern and eastern states in the country in the last two years. "Moving forward, these companies are expected to focus on optimising their asset utilisation and leveraging their existing branch infrastructure to maximise the branch-level AUM and customer outreach," the report said.

Govt opens Aarogya Setu source code, but is that enough?