Infosys founders could be planning a 'coup' against the board: report

The group of co-founders, led by NR Narayana Murthy, intends to install Nandan Nilekani, another co-founder and former CEO, as the new CEO of the company. 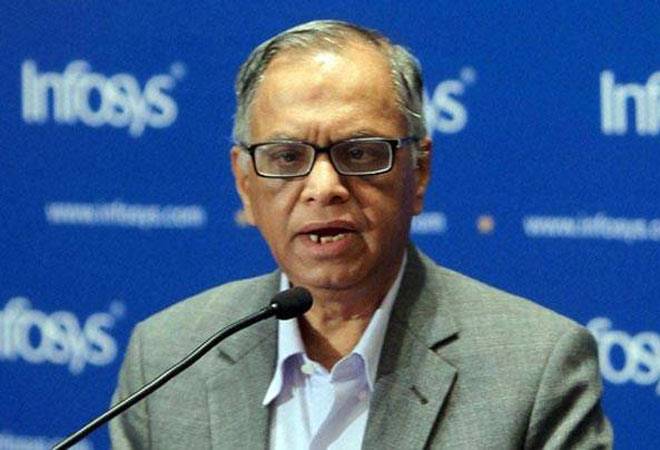 It has been a tough week for Infosys. Between its former CEO VIshal Sikka putting his papers in, hunt for his replacement, and plunging shares, things are not looking up for the second largest IT company in India. In the meantime, a group of Infosys co-founders of the company are reportedly gathering support from investors to make some radical changes in company's board of directors.

The group of co-founders, led by NR Narayana Murthy, intends to install Nandan Nilekani, another co-founder and former CEO, as the new CEO of the company to cause the exit of present Chairman R Seshasayee along with some other directors, a Bloomberg report quoted people familiar to the matter.

The group might ask directors to begin stepping down within a few days, the report said. The discussions are very fluid though, and the plan might not even come to fruition as Nilekani is yet to consent to the 'coup', it added.

Meanwhile, the entire Infosys board has offered to resign on Thursday to make way for Nandan Nilekani in order to facilitate a fresh start at the helm of the Bengaluru-headquartered firm, The Economic Times reported.

It does not matter whether the directors resign on their own or not, though. They will have step down if Nilekani holds the reins of Infosys as he will be in a better position to negotiate, reports suggest.

Even a group of 12 major institutional investors in Infosys has asked the company to appoint Nandan Nilekani back on to its board to try turning things around. Bringing Nilekani back has a solid argument that investors and stakeholders believe in him. This would be helpful in mitigating damages that company's shares suffered after Vishal Sikka's resignation.

Nilekani, who served as Infosys CEO from March 2002 to April 2007, has emerged as the top contender to head the firm after Vishal Sikka. Since leaving Infosys after being the CEO of the company, Nilekani has worked as a politician, a bureaucrat, and an investor.

Infosys founders and board has been in dispute with each other over reported lapses in corporate governance in the company. Nandan Nilekani might be able to quell these tensions as he is on good terms with Murthy, and knows the company well.

There have been suggestions to appoint Nilekani as a non-executive member on the board. Apart from internal tussles, Infosys is also facing challenges from the protectionist attitude of Trump government in the United States, which accounts for the most of the revenue of the company. The company is also facing difficulties due to slump in demand.