Criminal complaint before Economic Offences Wing accuses Baba Dhillon of threatening through lawyer Ferida Chopra that Malvinder would be eliminated. 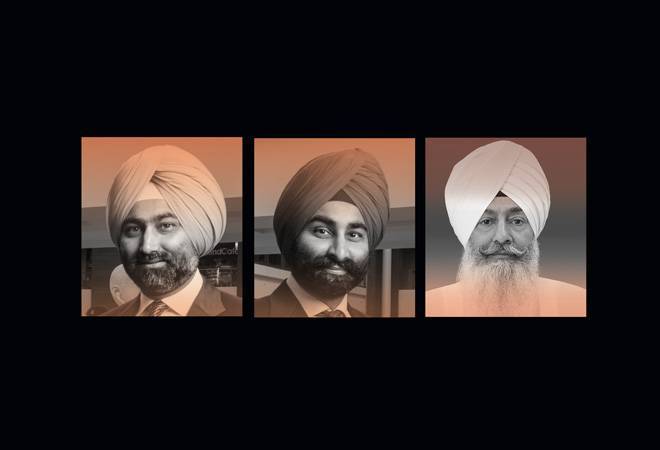 The curious case of the missing Rs 22,500 crore from the erstwhile Ranbaxy, Fortis, Religare empire has taken another ugly turn with Malvinder Singh filing a criminal complaint against 'Baba' Gurinder Singh Dhillon-the spiritual head of the Radha Soami Satsang, Beas-his wife, sons and associates; his brother Shivinder as well as the Godhwani kin-Sunil and Sanjay. The complaint filed before the Economic Offences Wing claims Baba Dhillon through lawyer Ferida Chopra threatened Malvinder would be eliminated. Malvinder has sought Rs 8,742 crore owed to him by the alleged accused.

This is the first time ever that either of the brothers has openly accused  the Baba to be cause of their financial misery. This is also the first time Malvinder has accused Baba Dhillon of financial impropriety. The brothers' previous barbs have been directed at Dhillon's former confidante Sunil Godhwani. The differences, which were talked in hushed tones all this while, are now public.

Singh brothers were rolling in cash in June 2008 with Rs 9,576 crore from the sale of India's largest pharma company Ranbaxy Laboratories to Japan's Daiichi Sankyo. Less than a decade later in 2016, they were burdened with a debt pile of Rs 13,000 crore-losing an unbelievable Rs 22,500 crore in 8 years.

The plaint alleges that a bulk of the sale proceed was invested in group companies, of which at least Rs 1,006.3 crore is detected to have been directly loaned to the Dhillon and Godhwani families via 6 entities: Fern Healthcare, Modland Wears, Best Healthcare, Adept Lifespaces, Devera Developers and Rosestar Marketing. "...it was shockingly revealed that the said companies had in fact surreptitiously extended financial facilities to the tune of INR 1,006.3 crores, to either Sh. Gurinder Singh Dhillon, his family members, his close associates, to the Godhwani's and/or companies owned/controlled or managed by them".

It says the criminal acts began with the Sunil Godhwani being informally made responsible for the affairs of group holding firm RHC Holding. Malvinder's complaint also claims Godhwani controlled Religare Enterprises, Ligare Aviation, RHC and various firms owned and controlled by Dhillon and his associates and that he had direct and indirect control of RHC's subsidiaries.

Malvinder's complaint alleges that as recently as June 2, 2018, he wrote to Dhillon to settle loans extended by RHC to Dhillon family, associates or entities under their control running up total outstanding worth Rs 5,482 crore. It says that the 6 companies chose not to initiate steps to recover the loans. "...on the instructions of Sh. Shivinder Mohan Singh and Sh.Pankaj G Sachdev, no Legal Notice was sent to the Dhillon family by the aforesaid companies or attempt made to recover these loans". Instead, the complaint alleges, that the 6 entities were 'fraudulently and dishonestly' acquired by Singh brothers' family holding firm RHC Holding to protect the accused from incurring the liability of paying back the loans.

The complaint filed on Feb 5 is under investigation.