Encounter specialist Sachin Vaze to be presented before a court today in connection with an explosive-laden SUV, which was found near Reliance Industries Chairman Mukesh Ambani's house on February 25 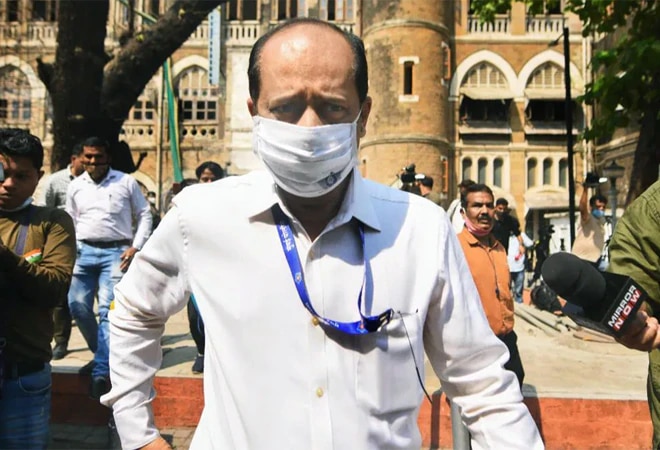 He'll be presented before a court in connection with an explosive (gelatin sticks)-laden SUV, which was found near Reliance Industries Chairman Mukesh Ambani's house on February 25. The police also found a letter in the SUV, warning the Ambanis that "it's a trailer and the big picture is yet to come".

Assistant Police Inspector Vaze was also the first investigating officer in the Ambani bomb scare case but was removed as the probe in the case was later taken over by the NIA.

The NIA spokesperson said Vaze has been held for this "role and involvement in placing an explosives-laden vehicle near Carmichael Road on February 25".

He has been arrested under Sections 286 (Negligent conduct with respect to explosive substance), 465 (Punishment for forgery), 473 (Making or possessing counterfeit seal), 506(2) (criminal intimidation), 120 B (criminal conspiracy) of Indian Penal Code and 4(a)(b)(I)(attempt to cause an explosion) of the Explosive Substances Act, 1908.

Vaze is also being probed for his alleged role in the death of Mansukh Hiran, the SUV owner, who was found dead in a creek in the Thane district on March 5.

The ATS team investigating the death of Manuskh Hiren had registered an FIR against Vaze following a complaint made by Hiren's wife Vimla. The sessions court is expected to conduct the hearing for the anticipatory bail application on March 19.

The Maharashtra ATS on Friday had recorded statements of Mansukh Hiren's brother Vinod and son Meet. Manuskh Hiren's death is still clouded in mystery. Hiren was an auto-parts dealer whose dead body was discovered in a Thane creek on March 5.

ATS had called Meet and Hiren's wife Vimla for questioning on Wednesday. In her statement, Vimla told the officers that the then investigating officer in the case, Assistant Police Inspector Sachin Vaze, was involved in Hiren's murder. Vaze was transferred from the Mumbai Crime Branch to the Special Branch on March 12.

Vimla further revealed that the SUV in question had been used by Vaze between November 2020 and February 5, 2021. Vaze had denied the claims made by Hiren's wife.

On Saturday morning, Vaze put up a cryptic WhatsApp status saying that "I think the time to say goodbye to the world is coming closer". In the status, Vaze alleged that his fellow officers are trying to falsely implicate him in the case and that this has happened to him before in 2004.