Vimala Hiren said in her complaint that Hiren informed her that he submitted a complaint about harassment by police and media to the Chief Minister, Home Minister and Police Commissioner of Thane and Mumbai, as advised by Vaze 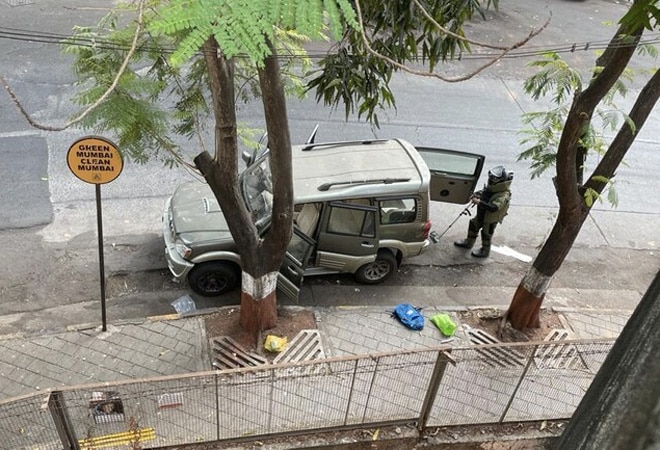 Wife of Mansukh Hiren whose car was used to plant explosives outside Mukesh Ambani's residence Antilia has said in her complaint that police officer Sachin Vaze killed her husband. Hiren's body was found in a creek in Thane, after which the case was handed over to the NIA.

In the FIR, Vimala Hiren, narrated the entire sequence of events that took place till March 5. Vimala Hiren said that Mansukh Hiren, an auto parts dealer, was in possession of the Scorpio for three years. It originally belonged to one Peter Newton, she said. She alleged that Hiren gave the car to Vaze in November last year. Vaze, she said, was a regular client.

Vimala Hiren said that on February 5 sent the car to the shop complaining of a stiff steering. On February 17, Hiren left for Mumbai in the car but the steering jammed and he parked the car near the Mulund toll plaza. The next day the car was nowhere to be found, she said.

"On February 25, when the Scorpio was found near Ambani's residence, the ATS Vikhroli unit questioned my husband. My husband identified the car and also informed them about the theft complaint and showed a copy of the FIR," Vimala said. She said that her husband was with Vaze, who is also known as an 'encounter specialist', on February 27, 28 and March 2.

She said in her complaint that Hiren informed her that he submitted a complaint about harassment by police and media to the Chief Minister, Home Minister and Police Commissioner of Thane and Mumbai, as advised by Vaze.

Vimala Hiren said that Mansukh Hiren told her that Vaze asked him to get arrested and that he would ensure his bail in a few days. Mansukh asked her to speak to a lawyer for anticipatory bail as he might be arrested, she said. However, the lawyer said that anticipatory bail will not be accepted as Mansukh is not accused.

She saw her husband for the last time on March 4, when he went to meet a police officer named Tawde from Kandivali crime branch for guidance. Hiren's body was found in the Mumbra creek in Thane on March 5.

Thane Police said that at least five handkerchiefs were tied around his face. "My husband was a good swimmer and he cannot drown. His belongings like phone, gold chain, wallet were not found. Looking at the entire situation, I am sure he was murdered and I suspect that Vaze has killed him," said Vimala Hiren in her complaint.

'Around 230 protectees in Central list': MHA on people under Y, Y plus, Z, Z plus security