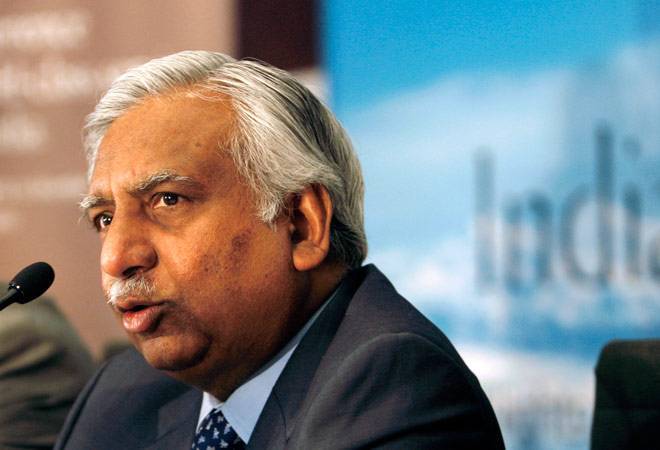 Jet Airways founder and former chairman Naresh Goyal, who along with his wife Anita Goyal resigned from the board of cash-strapped carrier, had said in his farewell speech that the decision was not the end of the journey but the start of a brand new chapter.

Amid ongoing speculations over the future of Jet Airways, Goyal is likely to submit initial bids for stake in the airline on Thursday. Among others, four entities have also expressed interest in the bidding process for stake in Jet Airways.

SBI Capital Markets, which is the advisor to the consortium of lenders to Jet Airways, had invited "expression of interest" on Monday, giving investors three days to respond. The lenders seek to recover dues worth over Rs 8,400 crore.

In a separate development, Naresh Goyal has pledged 26 per cent stake in the ill-fated airline as security for loans from Punjab National Bank.

In a filing to the exchange, Jet Airways on Thursday said that Goyal, who owns a 51 per cent stake in the airline, has pledged over 2.95 crore shares or 26.01 per cent stake with state-owned Punjab National Bank.

The pledge shares, estimated to value Rs 800 crore, was created on April 4 as "security for existing/ new borrowings" taken by the beleaguered airline, Jet Airways said in the filing to the BSE.

Last month, Goyal along with his wife Anita Goyal and Kevin Knight, nominee director of Etihad Airways, stepped down from the board of cash-strapped carrier as part of a debt resolution plan.

The debt-laden airline is facing acute financial shortage as its debt-swap revival plan is stuck in a limbo after the Supreme Court quashed the RBI's February 12 circular on resolution of stressed assets. The circular had mandated that banks take into consideration all stressed companies with loan exposure above Rs 2,000 crore even if they defaulted by a single day.

RBL Bank ties up with CreditVidya for improving customer experience