'Paridhan' would add to a series of products launched by Patanjali, which focuses on 'swadeshi' and all-natural theme of products that strike with the Indian traditions and ethos. 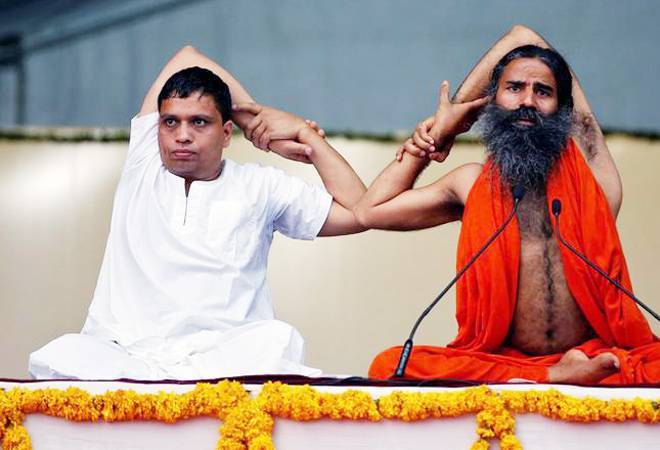 If you think 'swadeshi SIM card' and desi 'WhatsApp' were high points of Baba Ramdev-led Patanjali Ayurved, think again as the $1.6 billion worth domestic consumer goods conglomerate is soon going to enter the apparel industry with its all-new clothing brand by the year-end. Paridhan will focus on making products such as 'Indianised' jeans, which the company claims would make Indians, especially, "women more comfortable". Other Paridhan products like bedsheets, yoga wear, sportswear, etc, would also be inspired by the Indian culture.

'Paridhan' would add to a series of products launched by Patanjali, which focuses on 'swadeshi' and all-natural theme of products that strike with the Indian traditions and ethos. Under 'Paridhan', the company would open around 100 stores across metro as well non-metro cities, and a separate team has already been tasked to manage its operations in Noida, an Economic Times report said.

So how would Patanjali's most-awaited product in its apparel category, Paridhan jeans, would be different from international brands like Levis, Pepe Jeans or Calvin Klein? The company has claimed the Patanjali jeans would be completely different in style and fabric than the contemporary ones, which are mostly inspired by fashion trends in the western world.

The idea of swadeshi clothing line emerged around two years back when Ramdev said: "Just because I am a baba does not mean we cannot marry modernity with spirituality, we can make, let's say desi jeans." The same year Balkrishna ET: "Jeans is a western concept and there are two things we can do with western concepts. Either boycott them or adopt them but customise them to suit our traditions. Jeans have become so popular that they cannot be taken away from the Indian society. Swadeshi jeans will be Indianised jeans in style, design and fabric." He also told the newspaper the Patanjali jeans would be similar to other Indian clothes, which would make women feel comfortable.

Ramdev's answer to WhatsApp, a messaging and video calling app named Kimbo, faltered on online app stores after experts claimed it had several security flaws. However, due to Ramdev's massive following and the popularity of his Patanjali brand, it was downloaded by over 3 lakh people in a short span of time. Patanjali MD Balkrishna said due to umpteen number of downloads within hours, its servers caught fire and the app had to be pulled down.

The company also said the app was initially launched to test its features, and that the revamped version of the app would be rolled out soon. Besides, Ramdev-led homegrown company is also planning a mega launch of 'swadeshi-themed food chain', which would be an alternative to global fast-food giants like McDonald's and Dominos.