Paytm, OYO, BYJU's most valued Indian unicorns, check out others in top 10 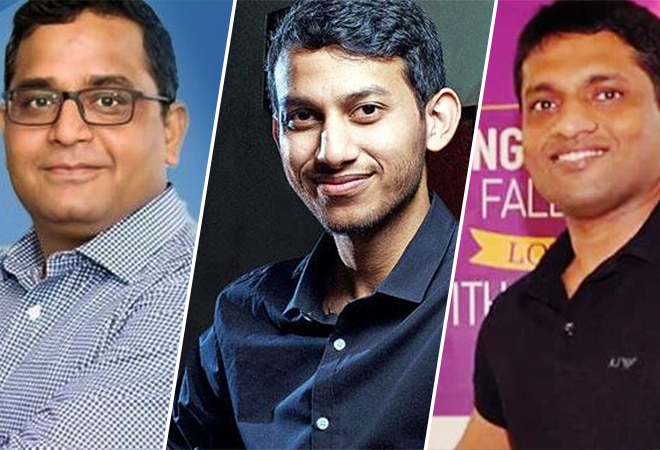 Founded by Vijay Shekhar Sharma in 2010, Paytm is valued at $16 billion. The Noida-headquartered digital payments firm ranks 13th in the Hurun Global Unicorn List 2020. In its recent funding round held in November 2019, the company raised $1billion, the highest amount raised by an Indian unicorn in the year.

Byju Raveendran led ed-tech startup BYJU's has a valuation of $8 billion. The learning platform, founded in 2011 and based out of Bengaluru, raised $1.2 billion in its recent funding round. It is India's largest ed-tech startup, as of date.

Bengaluru based ride-sharing app Ola has a business valuation of $6 billion. The major shareholders in the Unicorn startup are SoftBank, Tiger Global, Tencent, Matrix Partners, and DST Global.

Online food delivery startup Swiggy is currently valued at $3.5 billion. The Bengaluru headquarter company began its operations in August 2014. The Unicorn received $43 million as funding in April this year.

Valued at $3.5 billion, food delivery platform, Zomato was founded by Deepinder Goyal and Pankaj Chaddah in Gurgaon in the year 2008. In January this year, the company raised $150 million funding from Ant Financial.

The e-commerce platform is a venture of Paytm. The company is based out of Noida and has been in operation since 2016. In its recent corporate round of funding, the app raised $150 million from eBay, an American e-commerce company.

ReNew Power, valued at $3 billion, is a renewable energy giant which began its operations in January 2011. In February last year, the company based out of Gurgaon raised $250 million from US-based Overseas Private Investment Corporation (OPIC).

Fintech company Zerodha has a current valuation of $3 billion. In June this year, GoldenPi, an online bonds and debentures trading platform, raised Rs 3.5 crore from the Bengaluru-based firm, through Rainmatter capital, a fund created by Zerodha in 2016.

With a business valuation of $2.5 billion, BigBasket is one of India's leading online grocery stores. The Bengaluru based startup was founded in October 2011. In its latest round of funding, BigBasket has managed to raise debt-based funding worth $51.78 million from Alibaba and CDC Group.

Udaan, currently valued at $2.5 billion was founded in 2016 by Flipkart's ex-employees Amod Malviya, Vaibhav Gupta, and Sujeet Kumar. The Bengaluru based startup has raised around $900 million in total funding to date.