Hurun India Rich list 2020: Mukesh Ambani's total wealth surged by 73 per cent or by Rs 2,77,700 crore to Rs 6,58,400 crore in the last 12 months, propelling him to become the richest individual in Asia and fourth richest person in the world 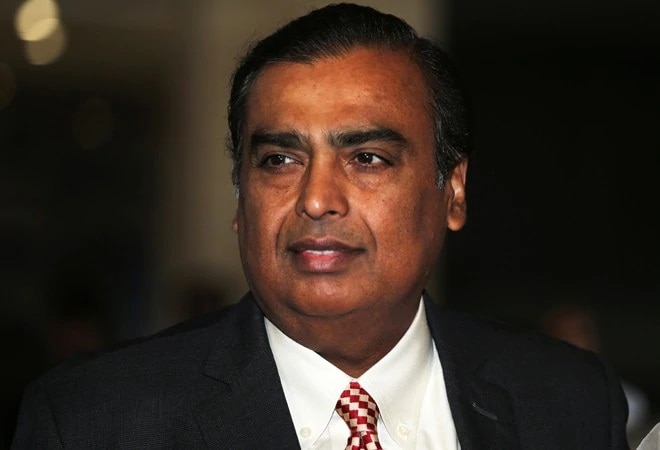 Mukesh Ambani, Chairman of India's most valued firm Reliance Industries, has topped the list of richest Indians for the ninth consecutive year, with a net worth of Rs 6,58,400 crore, as per the latest IIFL Wealth Hurun India Rich List 2020. Ambani earned Rs 90 crore every hour since the March lockdown imposed to contain the spread of coronavirus, the report said.

Ambani's total wealth surged by 73 per cent or by Rs 2,77,700 crore to Rs 6,58,400 crore in the last 12 months, propelling him to become the richest individual in Asia and fourth richest person in the world.

According to India Infoline Finance Limited (IIFL) Wealth Hurun India Rich List, the number of Indians having a net worth of more than Rs 1,000 crore has increased by three-fold to 828 this year as compared to five years ago. On the yearly basis, it has declined from 953 last year and 831 in 2018.  The number of billionaires in terms of US dollar has increased to 179 from 138 last year.

"28 per cent of the upswing in wealth on the list has been bestowed by Mukesh Ambani, bespeaking Ambani's meteoric success post diversifying from oil to telecom and retail. A further 21 per cent of the additional wealth has been generated by pharma, mainly on the back of the rise in healthcare spends and a realigned priority towards personal healthcare stimulated by the COVID-19," said Anas Rahman Junaid, MD and Chief Researcher, Hurun India.

"Assuming that for every one Hurun rich lister we have found, we have probably missed two, it is likely that India today has 3,000 individuals with Rs 1,000 crore," he added

Also Read: Jack Ma is no longer China's richest person! Meet the man who dethroned him

The 2020 edition of IIFL Wealth Hurun India Rich List compiles the richest individuals in India having a wealth of Rs 1,000 crore or more as on 31st August 2020.

London-based Hinduja brothers (SP Hinduja, along with his three brothers) with a joint wealth of Rs 1,43,700 crore stood at second rank in the list, followed by HCL-Founder Shiv Nadar at the third place with a wealth of Rs 1,41,700 crore. Gautam Adani & family stood at fourth spot with a net worth of Rs 1,40,200, while Wipro founder Azim Premji ranked fifth with wealth of Rs1,14,400 crore. Serum Institute founder Cyrus Poonawalla ranked sixth with net worth of Rs 94,300 crore, rising 6 per cent in last 12 months.

Radhakishan Damani, the founder of Avenue Supermarts, debuted in the top 10 wealthiest individuals ranking at seven with a net worth of Rs 87,200 crore, registering a growth of 56 per cent in the last one year.

All three of Udaan founders became the highest gainers in terms of wealth as compared to the 2019 edition - with increase of 274 per cent in each of their wealth. Chigurupati Krishna Prasad (65), of Granules India, also registered a 218 per cent jump in the wealth to Rs 3,500 crore. With a wealth of Rs 4,500 crore, Ritesh Agarwal (26) of Oyo Rooms is the youngest person on the list and with a wealth of Rs 5,400 Crore, Dharam Pal Gulati (96) of MDH is the oldest on the list.