The recall value of Future Group's corporate brands like Big Bazaar, FBB, Central and Easyday is high in some places. It is likely that Reliance will continue with the brands for sometime 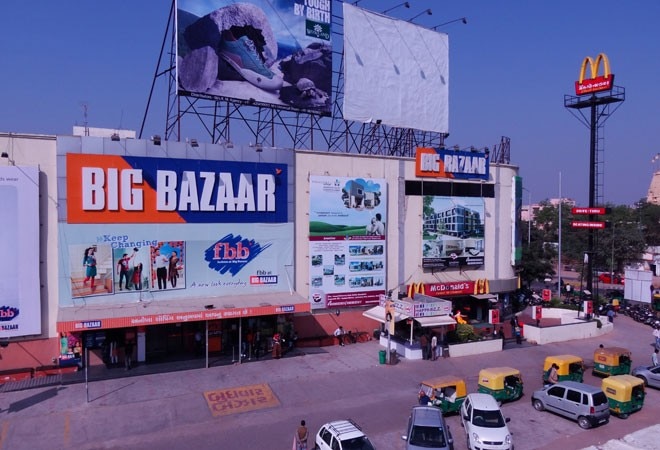 In advanced negotiations with Kishore Biyani's Future Group, Mukesh Ambani-controlled Reliance Industries (RIL) has expressed its interest to retain the retailing brands like Big Bazaar, FBB, Central, Easyday and Brand Factory, said executives close to the development. "Reliance doesn't want to change the name of the established stores. The strategy initially will be to run the stores with the same corporate brand names until their value erodes," they said.

RIL intends to carry out the takeover through its subsidiary Reliance Retail Ventures Ltd (RRVL), which is the holding company for its entire retailing business, at an enterprise valuation of Rs 23,000-25,000 crore, said two sources. India's largest organised retailer wants to acquire Future Group's assets to enhance its physical store presence and support the operation of e-commerce venture JioMart. Future Group's brands, logistics and warehousing facilities will expand the network size of RRVL, which has increased its store area to 29 million square feet from 23 million square feet in the last one year until June.

"The recall value of corporate brands like Big Bazaar, FBB, Central and Easyday is high in some places. It is likely that Reliance will continue with the brands for sometime," said sources. RRVL recently acquired Shri Kannan Departmental Store in Coimbatore, but continued the operations under the same brand names.

Reliance wants to consolidate the retailing businesses scattered across six Future group companies - Future Enterprises, Future Retail, Future Lifestyle Fashions, Future Consumer, Future Supply Chain and Future Market Networks - for the deal execution. "Reliance is ready to take over the debt in the companies and the enterprise value includes the debt. The only liability which is not included are the pledged shares of the promoters of Future Group," said an executive.

Future Group has a debt of Rs 13,000 crore. The Biyani family has pledged most of their shares as the market value of group companies collapsed since February. Biyani reportedly has a personal debt of Rs 2,000 crore.

The process of acquisition will be a little complicated as the six Future Group companies are listed and the promoters have high volume of pledged shares in all. On the other hand, RRVL is an unlisted entity of listed parent RIL.