BusinessToday.In spoke to a few businesses to understand what the government announcements regarding the angel tax norms and change in definition of startups meant to them 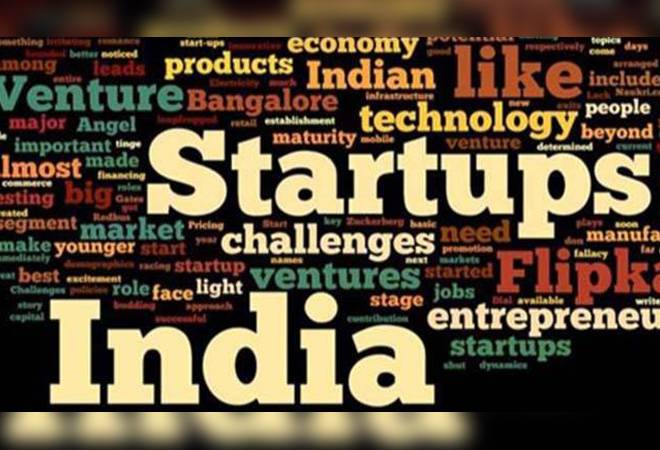 Tuesday's announcement by Union Minister of Commerce and Industry Suresh Prabhu regarding the angel tax norms and change in definition of startups gave a much needed breather to new age businesses.

At a time when the government has been trying to give an impetus to innovation and entrepreneurship through its initiatives such as Digital India, Make in India and a host of other drives, Tuesday's announcement by Union Minister of Commerce and Industry Suresh Prabhu gave a much needed breather to startups and new age businesses in the country.

BusinessToday.In spoke to a few startups to understand what this announcement meant, and if it was too little too late. We also asked if there were other concerns the government should address.

Praising the announcement, Anuj Golecha- Co-Founder, Venture Catalysts says, "Earlier there were a lot of redundancies, stretched timelines, and red-tapism due to the procedures, which will now be eliminated. This will further ensure a conducive environment and enable quick processes for budding entrepreneurs."

Vineet J. Mehra, Managing Director, DOT hailed this as a well-intended move pending for a long time, as more than 150 startups were already feeling the heat of the previous policy.

"India needs a booster shot and not tax terrorism to compete and be world class with countries which have truly embraced the start-up culture. It will surely provide a boost start to the classified startups especially in the socially and economically relevant sectors of providing solutions for protection of environment and climate change." he enunciates.

The exemption of up to Rs 25 crore from Section 56 (2) (viib) (also called angel tax) of the Income Tax Act looks fair but the businesses want the limit to be raised to Rs. 50 crores.

Giving an explainer on this Mehra clarifies, "As the startups are experimenting with new technologies and solutions which may have a long gestation period and are capital intensive, the funding should be raised to a limit of Rs. 50 crores at the least. This will encourage companies in India to contribute their share of providing innovative answers."

He states that this will further ensure a conducive environment and enable quick processes for budding entrepreneurs as tax was a major impediment to the flow of investments into startups, which is a key element of the Government's employment-generation strategy.

Alphonse Reddy, Founder & CEO, Sunday Mattress too hails the scrapping of the draconian angel tax, "This is a major relief to the start-up ecosystem. I am happy that the government has decided to exempt angel tax for startups. Somewhere, it had begun to dampen the passion of startups. One of the issues faced is when the Income Tax department started questioning the valuation of a start-up, and with this notification to remove the valuation as a parameter of scrutiny will help start-ups, especially, innovative start-ups. This can make India a hub of start-ups."

As regards to whether the announcements address the startups' concerns, Mehra responds, "As most of the startups are looking for funding for validation of their ideas and vision, hence this move by the government would certainly provide the necessary fillip to the emerging startup culture."

"Also, it is a much needed relief to grow an eco-system of start-ups which are providing and creating job avenues in all frontiers and acting to stimulate the economy in a big way." he observes.

Also Read: Sachin Bansal not a part of board, but an individual investor, clarifies Ola

Section 68 of the IT Act

However, one of the areas the government did not touch upon is Section 68 of the IT Act which pertains to a startup attracting tax liability in case it is not able to explain the source of capital or funding it gets. The section covers all businesses/individuals/companies and works.

Highlighting this concern, Mehra remarks, "The government hasn't made any clarification on the contentious issue of section 68 of the Income Tax Act, which deals with "unexplained fund receipts". Under this section, the government had earlier taken action against some startups.

Srikanth Ganesan, Founder, LittleMore Innovations too demands more to be done on the tax front by the government, "While this is a step in the right direction, the taxes should have never been there in the first place. Reality is entrepreneurs have to go through a tough process for raising capital, and the least the Government can do is not add more challenges to the process. Any taxes on capital raise will kill the startup eco system. The taxability of the source of the investor's funds should be addressed by the investors and not by the startups. Good move but we have a long way to go in incentivizing startups and build Silicon Valley type scale and depth."

Echoing the same apprehension regarding Article 68, Shivram, Founder & Chairman, Codevidhya adds, "We are in a phase where we need hand-holding by the government to nurture the ecosystem. It's definitely a little measure. The government should address the Article 68 also, otherwise the startups will be entangled in legal matters and red-tapism. Ultimately it will retard growth and innovation."

Bhaik, however, underscored a concern on the eligibility criteria of the companies that could benefit from the move, "It will definitely broaden the timeline to be recognised as a start-up for a longer duration as our turnover is way below the benchmark currently. The challenge is that this exemption is only levied on DPIIT recognised startups."

Asking for more clarification from the government on sub judice cases, Piyush Jain, Co-Founder & CEO, ImpactGuru questions, "It is still unclear about what is going to happen to those startups that already are currently in active litigation with the income tax department under various sections and what the implication of those rulings is. It is important for the Government to provide clarity on this."

Sachin Bansal not a part of board, but an individual investor, clarifies Ola