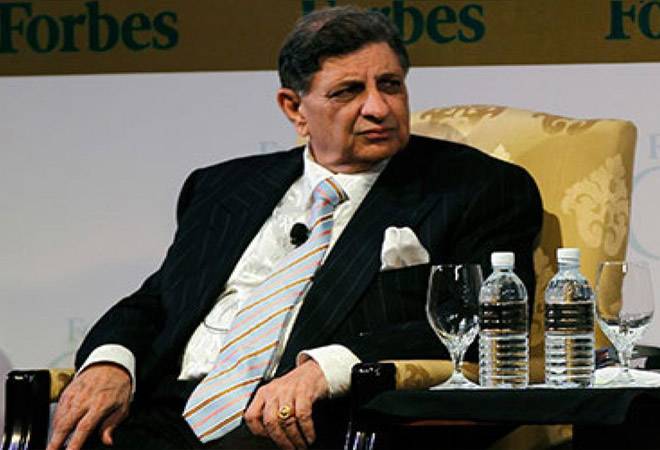 'Vaccine king' Cyrus Poonawalla's wealth grew the fastest, at $15 billion, among Indian billionaires and fifth fastest in the world during the COVID-19 pandemic because of the strong business potential of his company, Serum Institute of India, according to a report by Hurun Research.

Poonawalla has climbed 57 places to be the 86th richest person in the world as of May 31 on the back of a 25 per cent rise in his net worth during the four months of the pandemic, the report said.

The Pune-based entrepreneur's unlisted company is already the largest vaccine manufacturer in the world and the net worth has been helped by vaccine distribution and manufacturing potential of his business, it added.

Recently, Serum struck an agreement with AstraZeneca to manufacture 1 billion doses of coronavirus vaccine being developed by Oxford University.

Richest Indian Mukesh Ambani continues to hold the numero uno ranking as the wealthiest Indian. After sharp losses in the first two months on market rout, the next two months saw a USD 18 billion surge in his fortune on the back of over ?1.69 lakh crore worth of deals struck by Reliance Industries in selling stakes in its telecom arm, it said.

However, despite the late surge, his wealth was down 1 per cent as compared to the pre-COVID levels, it said.

Ambani saw a "V-shaped recovery" in his wealth, wherein the networth plummeted during the first two months and made up nearly all the losses in the next two months, it said.

Despite the networth being marginally lower, Ambani climbed up one place to be the eighth richest person in the world as of May 2020, it said.

Apart from Ambani, Poonawalla, Adani and Nadar, there are no Indians in the top-100 list.

From a sectoral perspective, the biggest winners from the coronavirus pandemic seem to be online retailers, pharma, home improvement retailers, and also chocolate, soya sauce and pork producers, it said.

Both the US and China have gained marginally when one looks at the top-100 wealth owners, though the Asian country's growth has been a bit stronger between the two, the statement said.

The Indian stock market dropped 20 per cent during the pandemic and has made some gains lately, while the rupee has depreciated 5.6 per cent, it said.