There's little doubt that Warren Buffett trusts Ajit Jain the most. Buffett, on several occasions, has openly praised Jain for his ability to handle critical operations with "capacity, speed and decisiveness", and credited him for creating billions for Berkshire Hathaway's shareholders. 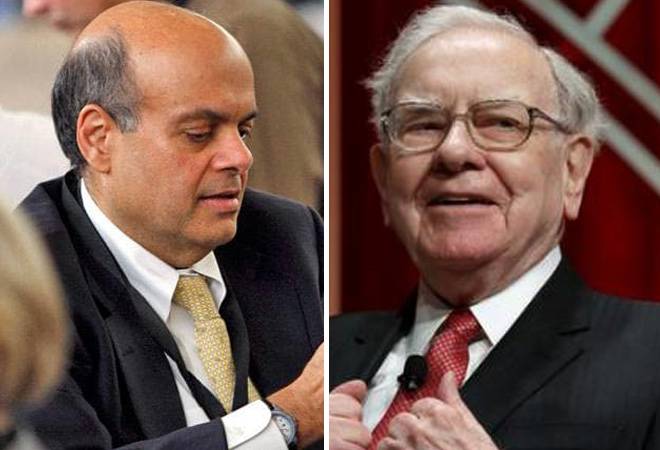 Rumours are rife that India-born Ajit Jain, who currently serves as the President of Berkshire Hathaway's Reinsurance Group, may lead the $530 billion (Rs 36.74 lakh crore) firm in future, succeeding Warren Buffett at the helm of the company.

Rumours are rife that India-born Ajit Jain, who currently serves as the President of Berkshire Hathaway's Reinsurance Group, may lead the $530 billion (Rs 36.74 lakh crore) firm in future, succeeding Warren Buffett at the helm of the company. The billionaire investor dropped a hint on his succession plans at the firm's Annual General Meeting (AGM) on Saturday.

Without, responding directly, Buffett did say that Gregory Abel, 57, and Ajit Jain, 67 - both elevated last year to the board of directors - would in near future join him and his long-time business partner Charlie Munger, 95, on the stage to answer shareholder questions.

Although Buffett did not confirm anything at the AGM of the company, he, however, praised the two executives during the event and said that Berkshire Hathaway cannot have better-operating managers than Greg and Ajit and he admires their achievements. The billionaire investor is popularly known as the 'Oracle of Omaha.'

Munger was on the stage with Buffett to take questions from shareholders at the AGM. Surprisingly, Jain who was present at the meeting also answered a shareholder question, even though he was not on stage with Munger and Buffett.

So, who is Ajit Jain?

Born in Odisha in 1951, Jain graduated in mechanical engineering from the prestigious Indian Institute of Technology (IIT) Kharagpur in 1972. He went on to do his MBA from Harvard University in 1978.

In his professional life, he has worked with giants like IBM, McKinsey & Co, apart from Berkshire Hathaway with which he's been working since 1986. Warren Buffett's star executive handles several reinsurance businesses in the billion dollar company.

There's little doubt that Warren Buffett trusts Jain the most. Buffett, on several occasions, has openly praised Ajit Jain for his ability to handle critical operations with "capacity, speed and decisiveness", and credited him for creating billions for Berkshire shareholders.

In his annual letter to the company in 2017, Warren Buffett had said: "Ajit has created tens of billions of value for Berkshire shareholders. If there were ever to be another Ajit and you could swap me for him, don't hesitate. Make the trade!" According to ET, Buffett, who was very impressed with Jain's work, had once even written to his parents asking whether they have one more Ajit, praising Jain for "unique brain for insurance business".

"From a standing start in 1985, Ajit has created an insurance business with the float of $37 billion and a large cumulative underwriting profit, a feat no other insurance CEO has come close to matching. Ajit's mind is an idea factory that is always looking for more lines of business he can add to his current assortment," Buffett had said in 2014.

Fit for the top job

In 2014, Buffett said he and his 94-year-old partner Charlie Munger had a name in mind. He said, "our future CEOs should come from internal candidates whom the Berkshire board has grown to know well". Buffett thinks the company would "operate best if its CEOs average well over ten years at the helm".

He said these factors were important for Berkshire's business acquisitions and investment moves. "Both the board and I believe we now have the right person to succeed me as CEO - a successor ready to assume the job the day after I die or step down. In certain important respects, this person will do a better job than I am doing," he said in his annual company letter.

One thing is obvious that Buffett wants his future CEO to be motivated by passion, not money. According to CNBC, his successor would be "somebody that's already very rich" and would be working with Berkshire Hathaway for quite a long time. His statement also makes it clear that Buffett is not looking for someone outside the company but within his multi-billion empire.

Rafale defence deal: SC to take up review petition, contempt plea against Rahul Gandhi on May 10