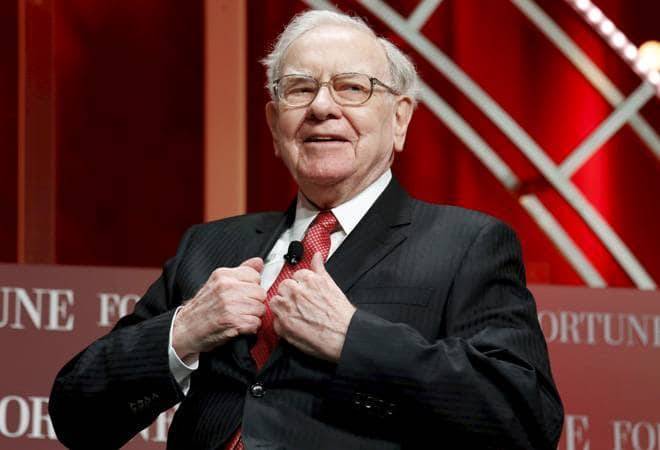 Berkshire also said it repurchased $1.7 billion of its stock in the quarter, reflecting Buffett's troubles to find better uses for the Omaha, Nebraska-based conglomerate's cash hoard, which now totals $114.2 billion.

Results were released as Buffett, 88, and Vice Chairman Charlie Munger, 95, prepared to answer more than five hours of questions from shareholders and analysts at Berkshire's annual meeting in Omaha, Nebraska, which draws tens of thousands of people.

These results illustrate what Buffett has called the "wild and capricious" and, in his view, meaningless swings caused by an accounting rule requiring the reporting of unrealized stock gains with earnings, regardless of Berkshire's plans to sell. Berkshire had $15.1 billion of these gains in the first quarter.

Analysts on average expected operating profit of about $3,399 per Class A share, according to Refinitiv data.

Results excluded operating earnings tied to Berkshire's 26.7 percent stake in Kraft Heinz Co because the food company has not released its own audited quarterly results, Buffett told reporters before the annual meeting.

Buffett also maintained that "we paid too much" for Kraft Heinz, which was created in a 2015 merger between Kraft Foods and H.J. Heinz, which Berkshire and Brazil's 3G Capital controlled.

Among other businesses, the Berkshire Hathaway Energy unit posted a 3-percent profit increase, while earnings from retailing and services units increased 16 percent, despite a 19 percent revenue drop at See's Candies because Easter fell late.

The Berkshire investment is contingent on Occidental completing its proposed purchase of Anadarko.