With top tier IT firms having nearly 60 per cent local hires and high rate of work visa rejections, the visa ban impact could be limited. However Nomura cautions that if the ban continues beyond the pandemic then Indian firms may have to brace for higher costs towards further localisation. 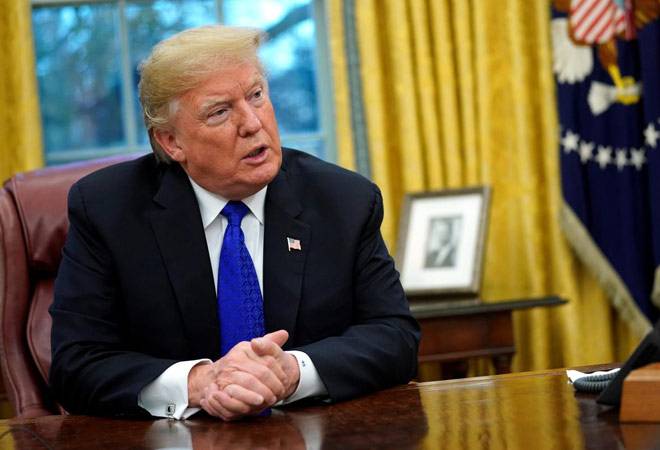 President of the United States Donald Trump signed an executive order in June suspending the entry of several categories of visa holders including H-1B and L which most IT firms apply for to send their workforce. The latest follow-up order seeks to review the federal government's contracting and hiring practices in relation to the employment of foreign workers in the US and abroad in government contracting and subcontracting. However the visa ban order is unlikely to have a material impact on the top tier IT services companies such as TCS, Infosys, Wipro, Cognizant and HCL Tech.

A Nomura report dated June 23 explains that the executive order only impacts new visas, and renewals appear to be exempted. According to their estimates, the need for new visas for Tier-1 companies comprises only  about 5 or less per cent of the overall headcount in the US. "Worldwide IT service spends are likely to decline by 8 per cent in FY21, according to Gartner, led by COVID-19, and we expect 3-5 per cent decline in USD revenues for FY21F for companies across Tier-1 IT, which limits the need for new visas," said the report. With Indian companies working consciously towards hiring more locals since 2016 onwards, over 60 per cent of workers in Tier-1 companies in the US are now Americans. For instance TCS has nearly 20,000 and Infosys has nearly 13,000 local hires. For Wipro 69.5 per cent of its US workforce is local.The report further said that with restricted mobility in the near term, given COVID-19, the push for off-shoring driven by cost constraints at clients' end and also the seamless transition of work-from-home at top tier companies will play a big factor in mitigating the impact of the ban. With clients becoming increasingly open to contracts allowing location agnostic service delivery, industry experts believe that IT firms could see increased offshoring in the quarters to come.

However what could perhaps be a matter of concern is the continuation of the anti-immigration rhetoric beyond the pandemic and the rejection rate of renewals. Both issuance of new visas and existing visa renewals of Indian IT firms have seen a spike in rejection rate from nearly 6 per cent in FY16 to 44 per cent in FY20 for new visa applications, and from 4 per cent in FY16 to 21 per cent in FY20 for renewals. "Any further increase in rejection rate could lead to companies sourcing talent through a) subcontractors and b) further increase in localisation as talent availability is less likely to be an issue in the near term given the increase in unemployment rates in the US," the report said. However this move could result in increased costs as local hires tend to be over 20-25 percent more expensive than those workers on a H-1B visa even as IT firms  are now focusing to stem costs as a lever to improve profitability.