ED suspects Kapoor's wife Bindu and daughters -- Rakhee Kapoor Tandon, Roshni Kapoor and Radha Kapoor -- are allegedly linked to some companies to which suspected "proceeds of crime" have been traced 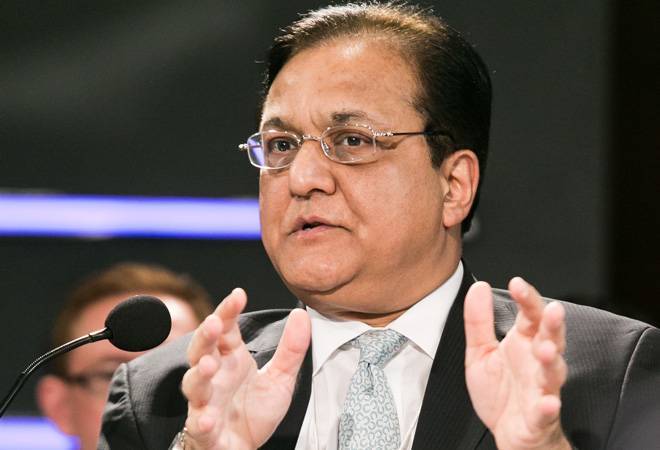 A Mumbai court has sent YES bank founder Rana Kapoor to three-day custody of the Enforcement Directorate as part of the probe in a money laundering case against him. Kapoor was arrested under the provision of the Prevention of Money Laundering Act (PMLA) around 3 am today, as he was allegedly not cooperating in the probe, the agency said. He was arrested from his Ballard Estate in Mumbai after 20 hours of grilling by the ED. The agency says Kapoor's wife Bindu and daughters -- Rakhee Kapoor Tandon, Roshni Kapoor and Radha Kapoor -- are allegedly linked to some companies to which the suspected "proceeds of crime" have been traced.

The ED, in its report to the court, stated how a Rana Kapoor-led company inflated the value of a property worth Rs 40 crore to Rs 735 crore. The loan was taken from Dewan Housing Finance Corporation (DHFL). The company was also owned by his daughters, Radha and Roshni Kapoor. The agency questioned them on Saturday, along with Radha's husband Aditya Khanna. As per the agency, his wife Bindu Kapoor is the director in as many as 18 companies, while his daughters, Roshni and Radha, hold top posts in 23 and 20 firms, respectively.

On Saturday, the agency widened its probe in the case as the premises of Kapoor's three daughters in Delhi and Mumbai were searched to gather more information.

A Rs 600-crore worth loan extended by DHFL to Doit Urban Ventures, a venture owned by Kapoor's daughters, is also at the centre of both the ED and CBI probes. The central agency is probing Kapoor's role in connection with the disbursal of loans and subsequent alleged kickbacks he received in his wife's accounts.

After ED, the Central Bureau of Investigation (CBI) has also registered a case against DHFL, Doit Urban Ventures (India) Limited, DHFL promoter Kapil Wadhawan and Rana Kapoor for cheating and criminal conspiracy. The case has been registered under Indian Penal Code's Sections 7, 12, and 13 of the Prevention of Corruption Act. The FIR says that Rana Kapoor extended financial assistance to DHFL in place of "substantial undue benefit" for himself and his family members through companies held by them.

Notably, during April to June 2018, YES Bank invested Rs 3,700 crore in the short-term debentures of DHFL. As per the allegations, DHFL's Wadhawan simultaneously paid kickbacks worth Rs 600 crore to the Kapoors in the form of a loan worth Rs 600 crore to Doit Urban Ventures, a venture owned by his daughters.

Also read: YES Bank ATMs up and running now; withdraw from others too