Here's a brief history of the Tata Group's six chairmen

Ratan Tata made a comeback as the interim Chairman of the group after Cyrus Mistry was removed in a surprising turn of events. 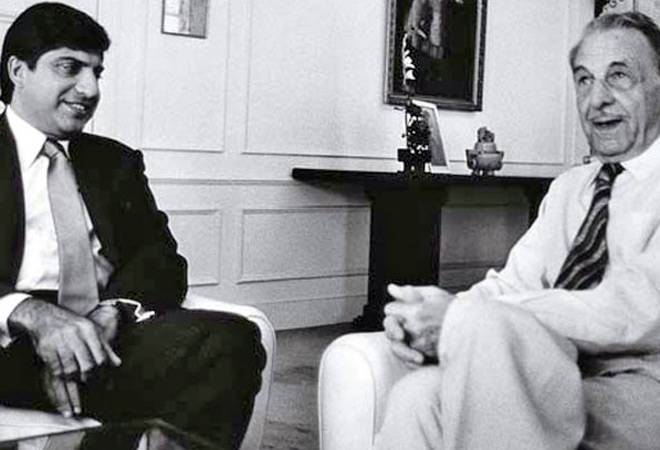 A brief history of the six chairmen in the group's history.

Jamsetji Tata (1868-1904): The founder of the Tata group began with a textile mill in central India in the 1870s. His powerful vision inspired the steel and power industries in India, set the foundation for technical educaton, and helped the country leapfrog from backwardness to the ranks of industrialised nations.

Sir Dorab Tata (1904-1932): Through his endeavours in setting up Tata Steel and Tata Power, this elder son of Jamsetji Tata was instrumental in transforming his father's grand vision into reality. It was also under his leadership that the Sir Dorabji Tata Trust, the premier charitable endowment of the Tatas, was created, propelling the Tata tradition of philanthropy.

ALSO READ: 9 possible reasons behind the removal of Cyrus Mistry

JRD Tata (1932-1991): The late chairman of the Tata Group pioneered civil aviation on the subcontinent in 1932 by launching the airline now known as Air India. That was the first of many path-breaking achievements that JRD, who guided the destiny of the Group for more than half a century, came to be remembered for.

Ratan Tata (1991-2012): Ratan N Tata was the Chairman of Tata Sons, the promoter holding company of the Tata group, since 1991. He was also the Chairman of the major Tata companies, including Tata Motors, Tata Steel, Tata Consultancy Services, Tata Power, Tata Global Beverages, Tata Chemicals, Indian Hotels and Tata Teleservices. During his tenure, the group's revenues grew manifold, totalling over $83 billion in 2010-11. Tata also serves on the board of directors of Fiat SpA and Alcoa. He is also on the international advisory boards of Mitsubishi Corporation, the American International Group, JP Morgan Chase, Rolls Royce, Temasek Holdings and the Monetary Authority of Singapore.

Cyrus Mistry (2012-2016): The selection of Cyrus Mistry, a non-executive director on the Tata Sons board as well as Managing Director of the Shapoorji Pallonji Group - which has an 18.37 per cent stake in Tata Sons - instead of the others whose names were being bandied had surprised many four years ago. Some had attributed it to Ratan Tata's push to lower the average age of senior management in the group. Most of the other candidates were felt to be either too old or too low in the hierarchy. Mistry seemed just the right age.

ALSO READ: An institution must exceed the people who lead it: Ratan Tata to senior executives

Ratan Tata (2016-present): On Monday, Ratan Tata made a comeback as the interim Chairman of the group after Cyrus Mistry was removed in a surprising turn of events. It remains to be seen whom Tata will pass the mantle to this time as the company cannot afford uncertainty at top leadership over a long  period of time.