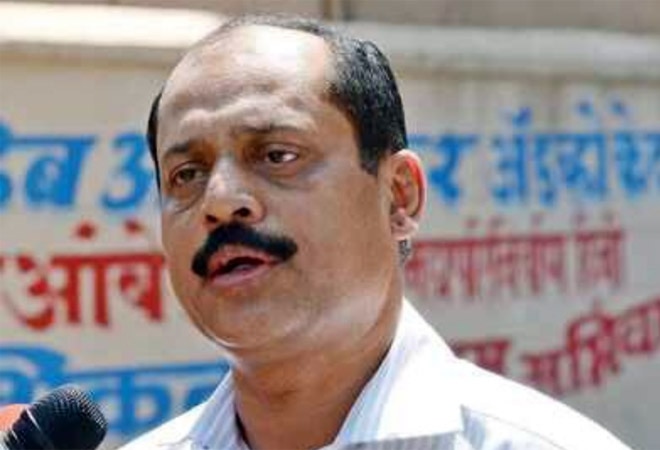 Sachin Vaze is a suspended police officer who has been arrested in a case of an explosives-laden Scorpio car found abandoned near industrialist Mukesh Ambani's home, Antilia, on February 25

In a fresh development in the Ambani bomb scare case, CCTV footage has emerged which  shows that Mansukh Hiren and Sachin Vaze knew each other.

Vaze is a suspended police officer who has been arrested in a case of an explosives-laden Scorpio car found abandoned near industrialist Mukesh Ambani's home, Antilia, on February 25. And Hiren was a Thane-based businessman and was in possession of the SUV.

This fresh development caught in CCTV camera is contrary to Vaze's claims of not having any connections with Hiren.

The CCTV footage shows that Vaze met Hiren near CST station on February 17--the day when Hiren's Scorpio was allegedly stolen.

The footage also showcases deceased businessman Hiren getting down from a taxi outside the Chhatrapati Shivaji Maharaj Terminus (CSMT) in south Mumbai at 8.25 pm.

Hiren is seen waiting for a while before crossing the road as he spots a Mercedes car at the traffic signal. After that Hiren gets inside the car which then moves towards Thane. As per an official of the Maharashtra Anti-Terrorism Squad, Hiren and Vaze sat in the car for about 10 minutes on February 17.

About the Ambani bomb scare case:

On February 25, a Scorpio was found near billionaire Mukesh Ambani's house in south Mumbai with explosives and a threat letter inside. Hiren, who was in possession of the SUV, had claimed that it had been stolen a week earlier.

Hiran said on February 17 while he was heading for south Mumbai from his house in Thane, the steering of the Scorpio jammed, so he left it on Mulund-Airoli road and proceeded in a cab. The next day he found the SUV was missing, he said.

On March 5, Hiren was found dead in a creek in Thane. Hiren's wife claimed that her husband had given the SUV to officer Vaze in November, which the officer returned in the first week of February. The ATS suspected that Hiren handed over the keys of Scorpio to Vaze.

The NIA arrested Vaze on March 13. The National Investigation Agency, which is probing this case, recovered a black Mercedes Benz car driven by arrested police officer Vaze. Along with the black Mercedes, the NIA had also seized Rs 5 lakh in cash, a note-counting machine, and some 'incriminating' documents from the car.