Antilia case: What was in 5 bags Sachin Vaze carried to Mumbai hotel with mystery woman? Inside details here

While entering the hotel, he had his bags scanned. Visuals from the scanning kiosk of the hotel substantiated that Vaze was carrying a large amount of cash inside the hotel Sachin Vaze being taken to court by NIA in Mumbai on March 14, 2021 (Photo Credits: PTI)

Suspended Mumbai cop Sachin Vaze entered a five-star hotel in Mumbai on February 16 with bags full of cash. He was carrying five bags full of cash on the day of the incident, sources in the NIA (National Investigation Agency) confirmed.

Vaze, who is in the custody of the anti-terror probe agency, is the main suspect in the Antilia bomb scare case as well as the death of Thane-based car dealer Mansukh Hiren.

According to an India Today report, earlier the suspended assistant police inspector was seen checking into a posh hotel in south Mumbai on February 16 of this year.

This was around 10 days before a Scorpio with 20 gelatin sticks and a threat-note was discovered near industrialist Mukesh Ambani's residence Antilia on Carmichael Road.

A mystery woman was also spotted at the hotel accompanying Vaze on February 16. The suspended cop stayed at the hotel from February 16 till February 20. Vaze used a fake Aadhaar card to check into the hotel. While entering the hotel, he had his bags scanned.

Visuals from the scanning kiosk of the hotel substantiated that Vaze was carrying a large amount of cash inside the hotel. 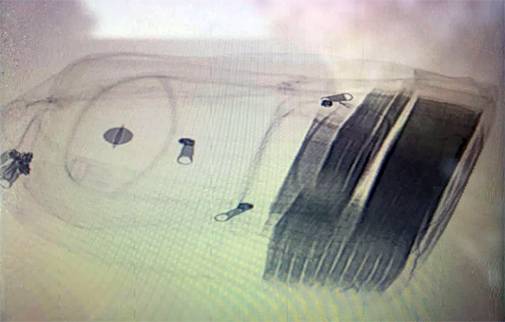 The NIA is also going through CCTV footage retrieved from the hotel. Footage available with the agency reveals Vaze entered the hotel on February 16 with five bags. The agency has also questioned members of hotel security who were on duty at the scanning kiosk.

As per the investigators, a businessman paid Rs 13 lakh to book the hotel room for Vaze for 100 days. The reservation was made through a travel agent. Meanwhile, the whereabouts of the five bags full of cash are still unknown.

Vaze was produced before a court on Thursday, March 25, and sent to the NIA custody till April 3. He is also being questioned in relation to the bags. A team of the NIA on Thursday took the suspended cop to Mumbai creek in Thane where locals discovered Mansukh Hiren's body on March 5.

The objective of the visit was to recreate the crime scene. Vaze was also taken to Gaumuk Chowpatty on Ghodbunder Road by the NIA on Thursday. Assistant Commissioner of Police (ATS) Shripad Kale also joined investigators on the visit.