Arun Jaitley death: "I salute, and pray for the soul of a man who lived by his convictions and committed his life to his country," said Anand Mahindra 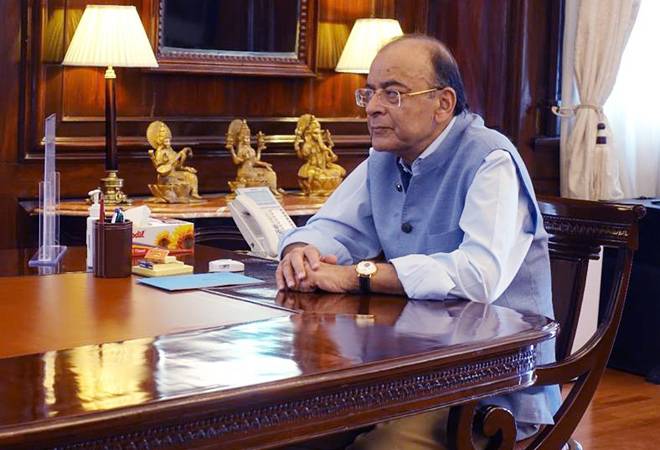 Arun Jaitley was put on life support a few days ago after he remained critical for a couple of days.

Former Union Finance Minister Arun Jaitley passed away on Saturday. He was 66 years old. Jaitley, who had been battling prolonged illness was admitted to Delhi's AIIMS on August 9 after he complained of breathlessness. Jaitley was put on life support a few days ago after he remained critical for a couple of days.

The BJP stalwart's demise brought leaders across political parties as well as other personalities and celebrities together to mourn his death. Likewise, the who's who of India Inc expressed their sorrow at his passing. Kiran Mazumdar Shaw said that the former FM still had a lot to contribute while Harsh Goenka said that the nation has lost a "warm, dedicated and outstanding parliamentarian". Anand Mahindra also expressed his grief on social media.

Arun Jaitley, Senior BJP Leader And Former Union Minister, Dies At 66 - So very sad to see such a young and dynamic political leader’s life being cut short - he had so much more to contribute to our nation’s development. RIP https://t.co/3NAfiPdNWJ

I salute, and pray for the soul of a man who lived by his convictions and committed his life to his country...🙏🏽 https://t.co/8q3AsjEd1z

Nation has lost a warm, dedicated, outstanding parliamentarian who will remembered as a creator of a modern BJP, for his brilliant legal mind, for his impeccable oratory skills, for bravely steering GST and other reforms. RIP #ArunJaitley. My friend, you will be sorely missed.

A great Indian @arunjaitley has left us:He always stood for India and all of us; He dreamt of a New India where we all could achieve our dreams; everybody loved him and respect him; we will miss him Om Shanthi

After news of the former minister's demise emerged, Prime Minister Narendra Modi said, "Arun Jaitley Ji was a political giant, towering intellectual and legal luminary. He was an articulate leader who made a lasting contribution to India. His passing away is very saddening. Spoke to his wife Sangeeta Ji as well as son Rohan, and expressed condolences. Om Shanti."

The medical institute released a notification on Saturday afternoon saying, "It is with profound grief that we inform about the sad demise of Shri Arun Jaitley, Hon'ble Member of Parliament & Former Finance Minister, Government of India at 12:07 pm on 24th August, 2019. Shri Arun Jaitley was admitted in AIIMS, New Delhi on 09/08/2019 and was treated by a multidisciplinary team of senior Doctors."