"Through the DBT (Direct Benefit Transfer), crores of people will get money into their bank accounts," Finance Minister Arun Jaitley said. 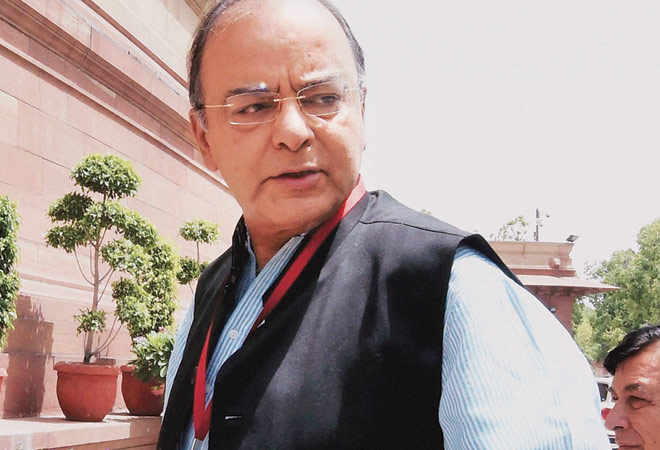 Finance Minister Arun Jaitley said on Wednesday that the government is working to provide healthcare schemes to poor people under the Jan Dhan Yojana.

Under the Pradhan Mantri Jan Dhan Yojana (PMJDY), the flagship financial inclusion programme of the Prime Minister Narendra Modi-led government, 14 crore bank accounts have already been opened with over Rs 14,000 crore coming in as deposits.

We are working on providing the poor people benefits of healthcare schemes (under Jan Dhan) in the next phase, Jaitley said in a statement translated from Hindi.

With the opening of accounts under the Jan Dhan Yojana, the Finance Minister said, "The poor (people) of the country now have access to bank accounts. We are now trying to put some money in those bank accounts. Through the DBT, crores of people will get money into their bank accounts."

He said besides Rs 1 lakh accident insurance cover and Rs 30,000 life cover, the Jan Dhan accounts would be linked to pension schemes.

Under the Direct Benefit Transfer (DBT) scheme, subsidy amount is directly credited into bank accounts of consumers even as they pay full amount for LPG cylinder at the time of purchase.

The PMJDY was launched by Prime Minister Narendra Modi in August 2014. Under the scheme, private and public sector lenders were asked to open at least one bank account of an adult member in every household.

There are various benefits through PMJDY like RuPay debit cards with Rs 1 lakh accidental insurance to all account holders.

An overdraft of Rs 5,000 to one member of family, preferably a woman, will also be provided after observing satisfactory transactions in the account for six months.

30 crore people to get jobs once land bill is passed: FM