Most of the exit polls released after voting ended for the 2019 Lok Sabha election predicted NDA securing close to or more than 300 seats in the 17th Lok Sabha, giving Narendra Modi a second term as Prime Minister 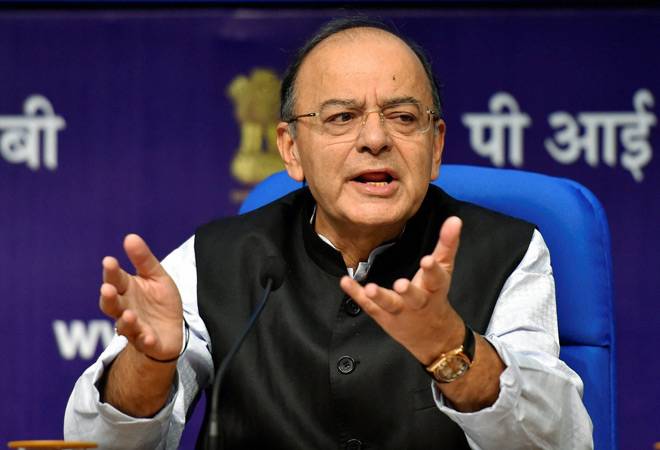 Jaitley expressed faith that the election results will follow the exit polls on May 23.

Finance Minister Arun Jaitley has said that if the exit poll predictions are proved to be true then the Opposition will lose the ground to question the EVMs.

"The hard reality is that when multiple Exit Polls convey the same message, the direction of the result broadly would be in consonance with the message. Exit Polls are based on personal interviews. The EVMs have no role. If the results of the Exit Polls and final results on the 23rd May, 2019 are in the same direction, the Opposition's fake issue of the EVMs would also lose its non-existent rationale," Jaitley wrote in his blog titled 'The Message of Exit Polls'.

Most of the exit polls released after voting ended for the 2019 Lok Sabha election predicted NDA securing close to or more than 300 seats in the 17th Lok Sabha, giving Narendra Modi a second term as Prime Minister.

Jaitley said that analysing the exit polls in the backdrop of the 2014 Lok Sabha election reveals "a huge maturing of Indian democracy". "The electorate keeps national interest paramount before exercising a choice on whom to vote for. When well-meaning people with similar ideas vote in the same direction, it leads to the making of a wave," Jaitley wrote.

Targeting the opposition, Jaitley wrote that the dynastic parties, caste parties and the Obstructionists Left received a setback in 2014, which will be reiterated in 2019. Further in his blog, Jaitley called the Gandhi family a burden for the Congress party.

"I re-assert my earlier hypothesis that in the Congress the first family is no longer an asset but an albatross around neck of the Party. Without the family, they don't get the crowd, with it they don't get the votes," Jaitley further wrote in his blog.

Jaitley also wrote that the alliance between political rivals to stop the advance of BJP does not hold water with the voters. "'Coalitions of Rivals' are untenable alliances and the voters are no longer willing to trust them. Political analysts are confused but the voters are clear. They don't elect hung Parliament where ugly and untenable coalitions have a role to play," Jaitley said.

"The arithmetic of caste coalitions loses to the chemistry on the ground created for the front runner in the elections. This chemistry is in form of catching the imagination of the people on issues of national interest," he further added.

Regarding the opposition against Prime Minister Narendra Modi, Jaitley said such campaigns were ineffective in 2014 and will remain so in 2019 too. "Leaders are judged on merit and not on caste or family names. Thus, the Prime Minister's style of rising above caste and concentrating on performance related issues received far more acceptability with the electorate," he said.

Jaitley concluded his blog with, "Many politicians believe that the ultimate wisdom lies only with them. They are, thus, unwilling for any radical solutions. The evolving 'New India' will accept structured parties with talent and ideological clarity concentrating on performance. If, however, the political parties are unwilling to get the message of 2014 and the possibly of 2019, then alienation from the electorate will only widen."