AIMIM chief Asaduddin Owaisi says the SC is indeed "supreme, but not infallible"; "Can you tell me what would happen if Babri Masjid was not destroyed on December 6, 1992, by the Sangh Pariwar members?" he asks 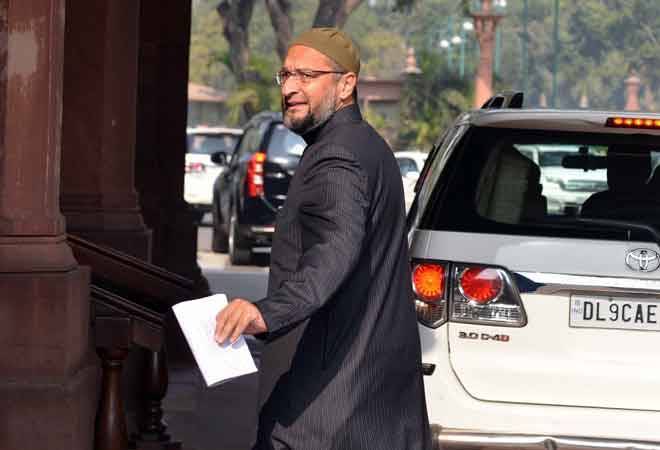 All India Majlis-e-Ittehadul Muslimeen chief Asaduddin Owaisi has said he's not satisfied with the Supreme Court's verdict which has paved way for the construction of a temple at the disputed Babri Masjid-Ram Temple site. He said the Supreme Court is indeed "supreme, but not infallible". "We have full faith in the constitution, we were fighting for our right, we don't need 5 acre land as donation. We should reject this 5 acre land offer, you don't have to patronise Muslims," he added. "We don't understand how the court arrived at this verdict. There was a mosque at the site for 500 years and the court was deceived. I have faith in the All India Muslim Personal Law Board and support them," he said.

Visibly dissatisfied with the SC judgement, Owaisi asked: "Can you tell me what would happen if Babri Masjid was not destroyed on December 6, 1992, by the Sangh Pariwar members?" He also said the SC judgment could act as precedent for Sangh members to claim its right over other religious Muslims sites. Slamming the Congress for supporting the SC judgment on Ram Temple, Owaisi said the Congress had shown its true colours. "But for Congress party's deceitness & hypocrisy, idols would not have been placed in 1949, had the locks not opened by Rajiv Gandhi the mosque would still be there, had Narasimha Rao discharged his duties the mosque would still be there," he said.

The 40-day hearing in the politically and religiously sensitive decades-old temple-mosque land dispute in Ayodhya was the second longest proceedings in the history of the Supreme Court. The high voltage hearing in the Ram Janambhoomi-Babri Masjid dispute involving 2.77 acres of land had commenced on August 6 and concluded on October 16.

In the unanimous verdict today the court cleared the way for the construction of a Ram Temple at the disputed site, and directed the Centre to allot a 5-acre plot to the Sunni Waqf Board for building a mosque. In one of the most important and most anticipated judgements in India's history, a 5-judge Constitution bench headed by Chief Justice Ranjan Gogoi put an end to the more than a century old dispute.