Although no links are found to be proven between the vaccine and the events, experts have cautioned that the suspension of the AstraZeneca-Oxford University vaccine may impair already feeble public confidence in the vaccine 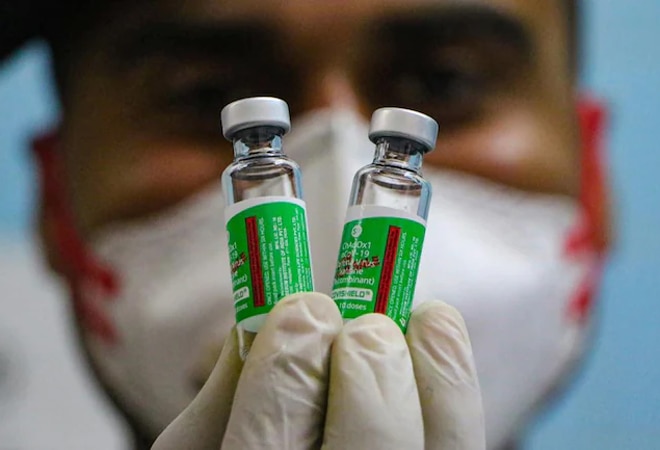 Several countries in Europe have suspended COVID-19 vaccine developed by AstraZeneca and the Oxford University, following reports of possible side-effects comprising incidents of blood clots in people who have been administered the shot.

Several countries, including the UK, have also defended their use of the jab, saying that they will continue with their respective vaccination drives.

Although no links are found to be proven between the vaccine and the events, experts have cautioned that the suspension of the AstraZeneca-Oxford University vaccine may impair already feeble public confidence in the vaccine.

But the big question is how rife have the events of blood clots been and should people about to get vaccinated be concerned?

Which countries have suspended the use of AstraZeneca vaccine?

Austria was first to halt the use of a single batch of ABV 5300 on March 7 after a person under the age of 50 was reported to have died from blood clots after getting inoculated. Iceland, Denmark and Norway followed suit by suspending AstraZeneca inoculations altogether last week following the so-called thromboembolic events.

Italy, France, Germany, Spain and the Netherlands halted the use of shot on March 15, and Portugal became the latest entrant on the list on March 16. In Asia, Thailand on March 12 became the first Asian nation to halt the use of the vaccine over safety concerns, right after Denmark announced a two-week recess for its countrywide rollout.

Meanwhile, the European Medicines Agency and the World Health Organization (WHO) have stated that there was no proof so far that serious adverse events, particularly at least five deaths, were caused by the vaccine.

What are thromboembolic events? Are they common?

A thromboembolic event takes place when the blood clots, hindering normal circulation. It can be deadly, for instance, the blood vessel of a clot (thrombus) breaks loose and travels to the lungs (pulmonary embolism), brain (stroke), leg, kidneys, and gastrointestinal tract. Several western nations have a large proportion of people believed to be at risk of blood clots. This is due to ageing populations as well as a higher incidence of underlying conditions.

What do the experts say?

Staggering scientific opinion is that there is no definite link between blood clots and the AstraZeneca jab. Irrespective of vaccination, blood clots are quite common.

Given the absolute number of people who are getting inoculated, these events could be random and coincidental. "The problem with spontaneous reports of suspected adverse reactions to a vaccine is the enormous difficulty of distinguishing a causal effect from a coincidence," Professor Stephen Evans of the London School of Hygiene and Tropical Medicine told British news channel Sky News.

"This is especially true when we know that COVID-19 disease is very strongly associated with blood clotting and there have been hundreds if not many thousands of deaths caused by blood clotting as a result of COVID-19 disease," he added. Prof. Evan further stated that the "first thing to do is to be absolutely certain that the clots did not have some other cause, including COVID-19."

Prof. Andrew Pollard, Director of the Oxford vaccine group who developed the AstraZeneca inoculation, told the news channel that there was "very reassuring evidence that there is no increase in a blood clot phenomenon here in the UK, where most of the doses in Europe have been given so far". He noted that "safety is clearly absolutely paramount" but around 3,000 blood clot cases occur every month in the UK due to other causes.

Clarifying on the thromboembolic event, an Oxford University spokesperson said that this disease, not related to vaccines, is "reasonably common in the UK general population, occurring in one in every 1,000 people."

The spokesperson further cleared that the UK Medicines and Healthcare products Regulatory Agency (MHRA), is monitoring these events and has indicated that "they are not seeing an increase from this baseline level as part of the vaccine rollout." He added that this "reassures us that it is unlikely to be a problem, which is supported by further data from the Finnish health authorities."

What is AstraZeneca saying?

The British-Swedish pharma giant has articulated that it has concluded an assessment reviewing how safe its coronavirus vaccine is, basis data covering encompassing 17 million people who have been inoculated in the UK and the EU.

"A careful review of all available safety data of more than 17 million people vaccinated in the European Union and the UK with COVID-19 Vaccine AstraZeneca has shown no evidence of an increased risk of pulmonary embolism, deep vein thrombosis or thrombocytopenia, in any defined age group, gender, batch or in any particular country," the company said in a statement.

"In fact, the observed number of these types of events are significantly lower in those vaccinated than what would be expected among the general population," it added.

Meanwhile, AstraZeneca's numbers point towards 15 cases of deep vein thrombosis and 22 events of pulmonary embolism so far. Company executives have also stressed that this is similar to the rates witnessed among other licenced jabs.

Will it influence public confidence in AstraZeneca's vaccine?

Public confidence in AstraZeneca's coronavirus vaccine was already frangible, especially in Europe, following mixed messages from European leaders concerning the efficacy of the jab among people aged above 65.

Angela Merkel, the German Chancellor, had cautioned last month that the vaccine had an "acceptance problem".

Dr. Peter English, who earlier chaired the British Medical Association's Public Health Medicine Committee, said it was "regrettable" that some nations have halted vaccinations as a preventive action. "It risks doing real harm to the goal of vaccinating enough people to slow the spread of the virus and to end the pandemic," he noted.