The BJP manifesto also promised to annul Article 35A as the provision is discriminatory against non-permanent residents and women of Jammu and Kashmir. 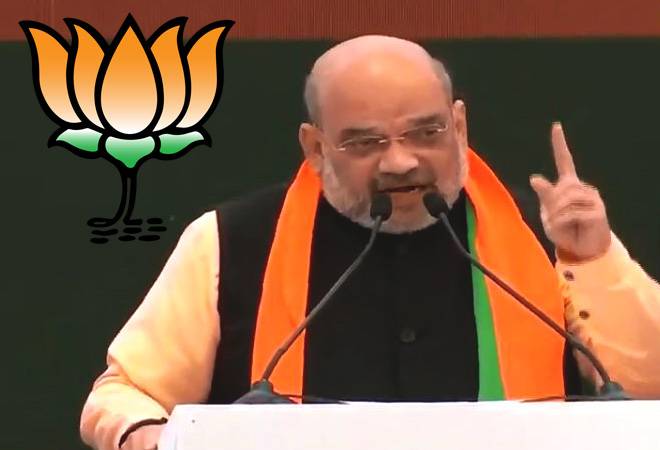 An old promise of the Bharatiya Janata Party (BJP) makes a comeback in its latest election manifesto- to abrogate Article 370 of the Constitution. "We reiterate our position since the time of the Jan Sangh to the abrogation of Article 370," read the BJP's 'Sankalp Patra' for Lok Sabha elections 2019.

The manifesto added that in the last five years, the government had made "all necessary efforts" to ensure peace in Jammu and Kashmir through decisive actions and a firm policy. "We are committed to overcome all obstacles that come in the way of development and provide adequate financial resources to all the regions of the state," it stated.

Article 370 grants special status to Jammu and Kashmir and limits Parliament's power to make laws concerning the state. Interestingly, the Supreme Court, on April 3, had made it clear that Article 370 is not a temporary provision. A bench of Justices AK Goel and RF Nariman had reportedly said it was impossible to abrogate the Article since it has acquired permanent status through years of existence.

"We believe that Article 35A is an obstacle in the development of the state. We will take all steps to ensure a safe and peaceful environment for all residents of the state. We will make all efforts to ensure the safe return of Kashmiri Pandits and we will provide financial assistance for the resettlement of refugees from West Pakistan, Pakistan occupied Jammu and Kashmir (POJK) and Chhamb," the Sankalp Patra added.

Not surprisingly, former chief ministers of J&K, Mehbooba Mufti and Omar Abdullah, have been vocal about the need to leave these two Articles in place. In an election rally last week, Mufti even warned BJP chief Amit Shah that India "will be an occupational force in Jammu & Kashmir", akin to what Israel is to Palestine, the day Article 370 is scrapped.

Also read: BJP manifesto: 60,000 kilometres of highways to be built in 5 years

Also read: BJP manifesto: Number of airports in India to be doubled, high-speed train connectivity to be expanded

Decide on grant of sanctions to prosecute Kanhaiya Kumar by July 23: Court to Delhi govt

Cannot pass order on PM Narendra Modi's biopic as Censor Board yet to certify: SC