Can the RBI and the government find a middle ground? 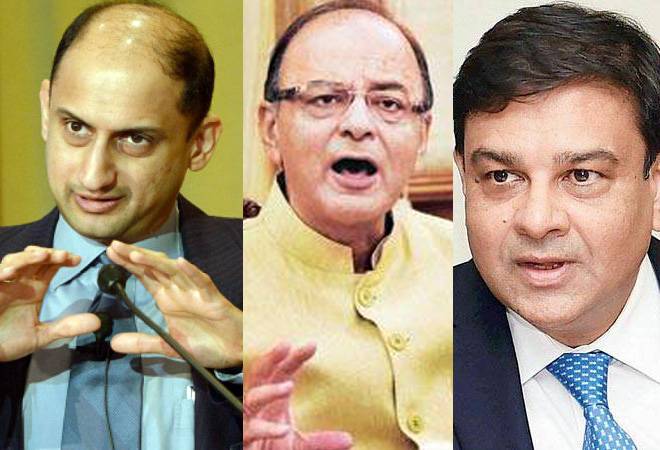 The tussle between the Reserve Bank of India (RBI) and the government has reached a level where finding a middle ground looks difficult, if not impossible. In this regard, the next RBI board meeting on November 19  is crucial as the members will discuss the burning issues, keeping in mind the twin objectives of RBI's autonomy and independence and the government's concerns and demands. Can they reach a middle ground?  Yes, if both sit together and start a dialogue amicably.

The only way through which 11 public sector banks (PSBs) can come out of the Prompt Corrective Action (PCA) is by way of additional capital infusion. The government will have to commit that more capital goes into these banks. The RBI on its part can relax some of its discretionary powers on these PCA banks. Currently, there are some mandatory actions like restrictions on branch expansion, dividend distribution, management remuneration etc. But the RBI has a lot of discretionary powers, especially the ones related to strategy relation, credit, and operations. The banks can be allowed to fund some of the strategic sectors or segments (MSME) provided the financials of these companies are sound.

Set up committees to lay down rules for surplus transfer

Both the government and the RBI can set up committees to lay down the policies for payment of surplus to government and also the adequacy of reserves to be kept or created out of surplus every year. The RBI needs a strong balance sheet to perform its daily function as a central banker. However, if the government believes otherwise, the both can revisit the entire policy of distribution of surplus and lay down the rules for adequacy of reserves to be created out of profits keeping in mind the RBI's balance sheet size and the size of the Indian economy.

No case for a payment regulator outside RBI

There is absolutely no case for a separate payment regulator. The middle ground here is creating a six-member Payment Regulatory board, similar to the Monetary Policy Committee. It should have three members from outside and three from RBI with a casting vote of the governor.

The government should create Investment Holding Company for PSBs

The regulations of PSBs have been a contentious issue, where Governor Urjit Patel had once said the RBI doesn't have enough powers to regulate the PSBs. The government may not easily give up its power over PSBs to RBI. But the government should create the Investment Holding Company for PSBs. The government did set up the Bank Board Bureau (BBB) for the appointment of top PSB posts, but without any substantial powers to improve the governance issues. The next logical step was to set up the investment holding company. In fact, things like aggressive divestment or experimenting with professionals or inducting strategic investors may improve governance. But in the long run, the solution has to be to give power powers to RBI to supervise PSBs.

The government should speed up AMC-AIF model; RBI's clean-up drive should continue

The RBI has also refused to budge from its February 4 circular where they directed banks to prepare the defaulters (even for a single day) for restructuring under the bankruptcy code. This created lot of heartburn between the RBI and the banks. The government also supported the banks and came out with a five-point formula of creating Asset Management Companies (AMCs) and Alternative Investment Funds (AIF) to buy the distressed funds. But this process has been quite slow. The government should push these measures from banks that it controls, to speed up this mechanism to avoid taking companies to bankruptcy code where the chances of getting a good value are very remote.

Google employees walk out to protest treatment of women

Bribery and corruption continue to be a problem for businesses in the emerging markets: EY survey